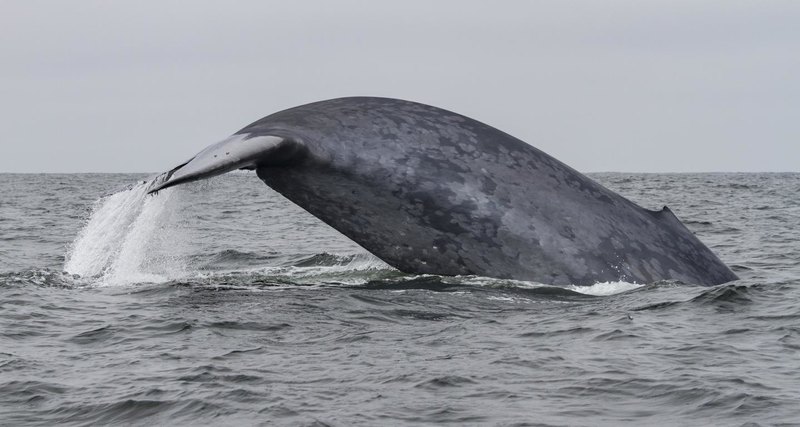 As scientists have found, blue whales during migrations in search of food build a route, relying more on memory than on current environmental features.

The study was conducted by a team led by Briana Abrams (Briana Abrahms) from the Southwestern Fisheries Research Center of the National Oceanic and Atmospheric Administration. Scientists have analyzed the migration of blue whales living in the North Pacific.

These blue whales migrate between the Gulf of California (here they breed), and the Gulf of Alaska and the California Current (here the blue whales feed and mate). Basically, these animals feed on krill, small marine planktonic crustaceans, which, in turn, feed on phytoplankton.

Scientists traced how 60 blue whales migrated over 10 years (from 1999 to 2008). The researchers wanted to figure out what these animals rely on during the migrations: either they, based on current environmental conditions, swim to the nearest areas with a lot of krill, or, relying on memory, swim to familiar places, where on average there is a lot of food . To determine which of the hypotheses is true, the researchers, in particular, correlated the whale migration paths with average peaks in the availability of food resources calculated using satellite data.

Based on the analysis, experts concluded that blue whales appear to migrate primarily from memory: that is, at certain times and places where, as the animals remember, more food is available on average. “We think that blue whales have learned to use familiar ways and time of migration, which allow them to be close to areas with predictably high levels of food resources, and to make small adjustments based on current conditions,” said Daniel Palacios, one of the authors of the study.

The work devoted to the study was published in the journal PNAS, and the results are briefly reported in a press release on the EurekAlert website!