“Body” scanner is made compact 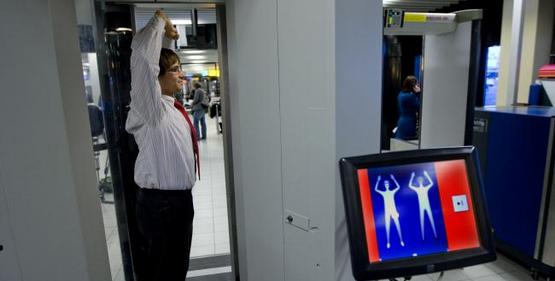 Russian and British experts were able to reduce the size of the terahertz scanner. A device that fits in your pocket, able to imagine a person without clothes, to show what is written on the pages of the closed book.

Terahertz radiation – one of the most promising areas of modern physics. Experts in the field of optics, microelectronics and other fields are actively engaged in research related to this type of radiation. So, the terahertz radiation can be used to monitor live cells in real time, for high-speed transmission of information, etc.

The only drawback of terahertz scanners to date remained impressive dimensions. The device transformed infrared beams in the terahertz using diodes, waveguides and photonic crystals, and all this took a lot of space. In addition, there are devices in which THz radiation is generated only at very low temperatures. Their use is very expensive.

Scientists from Russia and the UK reduced the size of the devices, taking as a basis the quantum dot. This artificial particles of a semiconductor, within which is formed three-dimensional potential well. When in a hole is an electron, he can’t leave, and it allows to use the particle as a light source. Quantum dots, by the way, are used in TV screens and premium-level.

The new device is able to receive and transmit terahertz radiation. It is based on “sandwich” of quantum dots and semiconductor alloy of gallium, aluminium and arsenic. The device works on this principle: in quantum hole is exposed to electrons and absorbing the energy of a conventional visible laser beams to produce terahertz radiation. Also the device can detect the terahertz radiation and convert it into electric current.

According to Andrei Gorodetsky of the University ITMO in St. Petersburg, the size of the sources of terahertz radiation can be reduced even more. Through the development of new antennas, experts managed to remove the restriction associated with a narrow light spectrum. In the result, you can create scanners that fit on the tip of your finger. Devices can be printed using advanced technology.