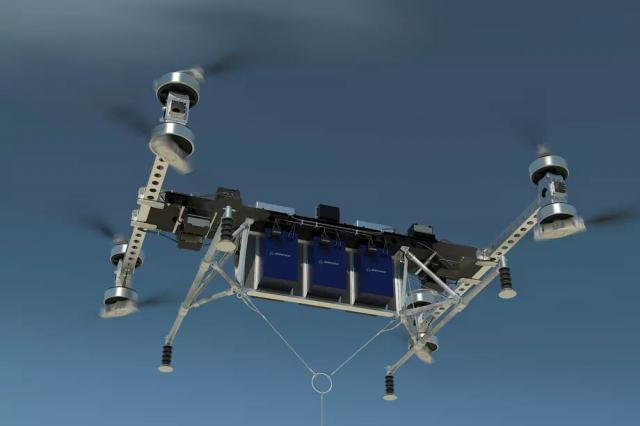 The company Boeing introduced a drone designed for the transport of goods. The device with vertical take-off and landing is capable of raising about 225 kg.

The prototype was successfully tested in the Boeing research laboratory in Missouri. The fully electric drone has eight rotors. Its length is 4.57 m, width – 5.49 m, height – 1.22 m. The device weighs about 340 kg. The company does not report the duration of the flight.

Demonstration of the prototype took place only four months after Boeing acquired the company Aurora Flight Sciences, which had previously planned together with Uber to develop a “flying taxi”.