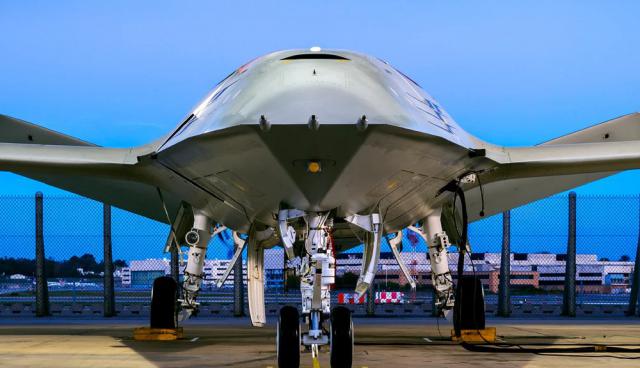 Boeing has published a single photo of its new unmanned deck tanker, which will participate in the MQ-25 Stingray competition, initiated by the US Navy.

It is expected that the device will be used for refueling in the air of such aircraft as F / A-18 Super Hornet, EA-18G Growler and F-35C Lightning II.

Judging by the presented image, the new drones will have a wing of normal sweep and inclined keels.

Perhaps, the form of the helix refueler will repeat the outlines of the Northrop Grumman X-47B. The device will be launched from the catapult of the aircraft carrier. The wings of the drones are likely to be foldable for placement in the hangar.