Boston Dynamics revealed the possibility of the robot Handle 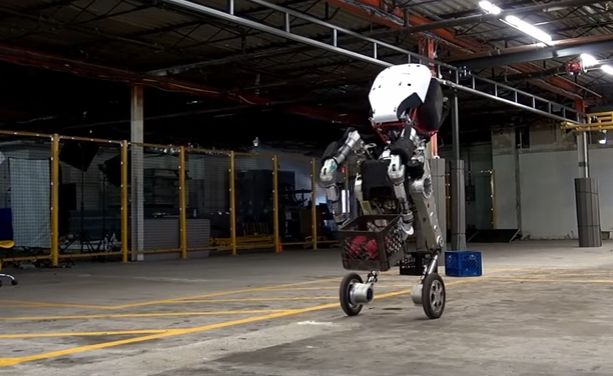 In the video the robot with very high speed describes the turns and jumps, overcoming high obstacles. In addition, as can be seen on the frame, the Handle capable of lifting heavy objects weighing up to 50 kg and down the snowy slope.