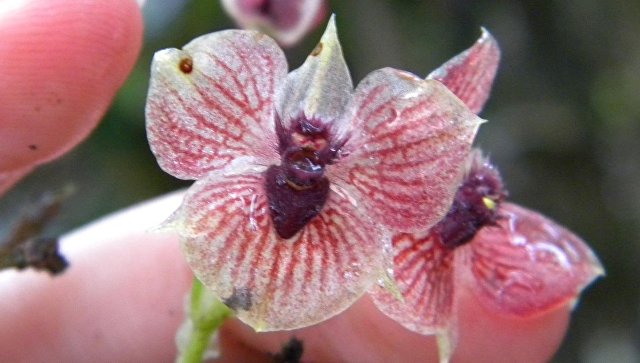 Scientists have discovered a new species of Orchid in the forests of Colombia, the flower which are similar, due to its unusual color and form to a miniature head of a devil or demon.

“The last directory Colombian plants include nearly 3.6 thousand species of orchids, representing 250 genera of these plants. Despite such a number, we are sure that there are hundreds of species of orchids, which we have not yet discovered. Just last year in Colombia was found 20 new species of these flowers,” said March of Kolanowska (Marta Kolanowska from the University of Gdansk (Poland).

Kolanowska and her colleague Dariusz Szlachetko (Dariusz Szlachetko) was added to the “bestiary” of orchids the new “diabolical” representative and immediately brought him to the red book, studying the species diversity of the flowers growing in the forests of Colombia on the border between the departments of Putumayo and nariño in the North of the country.

Here they managed to find a few flowers from the genus Telipogon, some of which seem strange to scientists. When they are attracted to them, they realized that we are not dealing with two well known species of these orchids, but with a very unusual appearance and device. 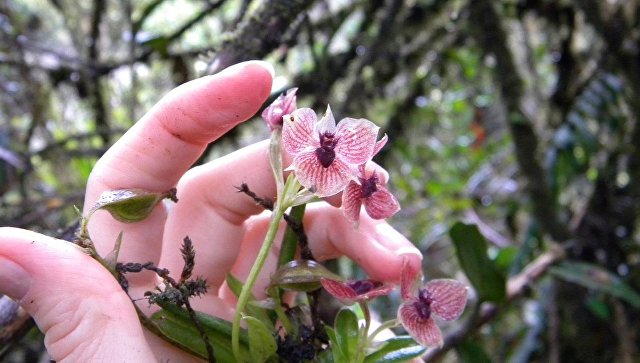 This flower, which was named “the devil” scientists Telipogon diabolicus, similar to the head of a certain infernal creatures, adorned with long tongues of flame. Its petals, like a denizen of hell, decorated with spikes and claws”. The size of these “devil colors” are relatively small whole length, with the stem and the inflorescence does not exceed 10-15 cm.

As scientists found Telipogon diabolicus only in a small strip of woods in the mountains on the border of these two provinces of Colombia, he almost immediately got in the red book as a species facing extinction. According to scientists, the prospect of their disappearance is rather high, since in this area the government of Colombia is building a new road, whose appearance might have a negative impact on the ecology of the area and lead to massive clearings of forests.