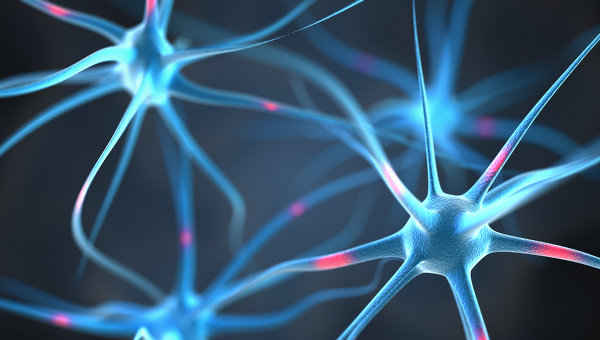 American neuroscientists have found that a person’s memory of lived or learned during the day things can be markedly improved if you stimulate so-called Sigma-rhythms during sleep by using AC current, according to an article published in the journal Current Biology.

“We have developed a special system of non-invasive brain stimulation – a set of electrodes attached to the head. It produces a set of very weak electrical impulses during sleep, at a time when konsolidiruyutsya our memory. As it turned out, the electrical stimulation bursts at this time, the so-called Sigma-rhythm, improved the memory of the volunteers,” said Froelich, Flavio (Flavio Frolich from the University of North Carolina at chapel hill (USA).

Restful sleep, combining REM sleep, when a person or animal “scrolls” in memory of the events of the day, and slow-wave sleep, when our body is completely petrified, it was believed up to the present time a distinguishing feature of mammals and birds. The presence of phases of sleep and the ability to ‘lose’ memories, as scientists believed, was a sign of higher intelligence of birds and warm-blooded than the reptiles and amphibians.

As noted by Froelich, both phases of sleep well researched by scientists, but neuroscientists up to the present time did not understand how konsolidiruyutsya memory during REM sleep, and how we can facilitate this or, conversely, make a person to forget the past for the day.

One of the hallmarks of REM sleep are so-called Sigma-rhythms – fusiform flashing in groups of brain waves with a frequency of from 10 to 16 Hz, the strength of which gradually increases and then falls. Scientists suspect that these structures on the EEG can be associated with the process of memory consolidation, however, it was not clear whether these electrical oscillations memorization lived for the day, or just are “echo” synchronous activity of brain cells.

Froelich and his colleagues tested which of these theories is correct, using the established system wireless brain stimulation, working not on a constant and alternating current. Such a stimulator of brain waves, as explained by neuroscientist, has one big advantage compared to conventional devices of this kind – it allows you to amplify or suppress brain waves of only one type, without affecting the work of others.

Using such an emitter, the researchers tested what would happen with the memory of a few volunteers, if their Sigma-rhythms will be strengthened during sleep. Before going to sleep, as Froelich says, his team had to pass two tests on the memory – to memorize associations between pairs of words and play “fraction”, knock with the fingers of the experimenter.

As the experiments have shown that stimulation of Sigma-waves improved memory of volunteers – for example, they are much more likely and correct to remember the sequence of strokes with your fingers. Interestingly, however, their associative memory has not improved, and they remembered the words as bad as before the start or after stimulation about the stimulation current, which actually were not carried out.

According to Frolikha, achieving this result suggests that brain waves do indeed affect the process of memory consolidation, and demonstrate the benefit that we can manage this process by stimulating the brain. In the near future his team will try to use their device to stimulate memory in people suffering from schizophrenia or Alzheimer’s disease that could help return them to full life.