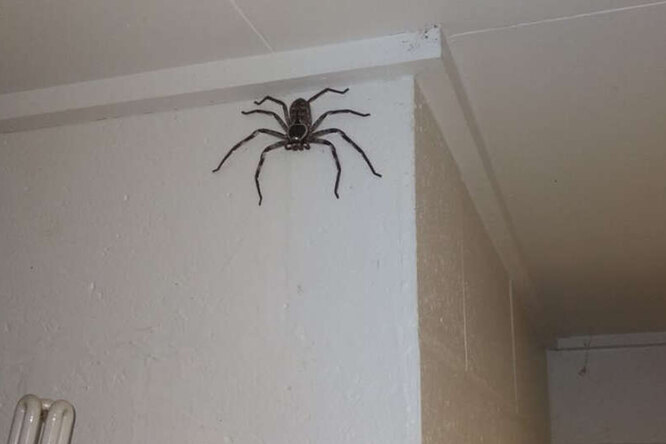 A man from Australia shared a frightening photo of a giant spider the size of a human head sitting on the wall in his living room. According to the daredevil, this spider has been living in the house for a whole year.

For many, a house with such an unusual neighbor would instantly become uninhabitable. But not for this Australian man

A man named Jake Gray from Queensland, Australia, spoke about the fearsome neighbor in a post on his Facebook spider identification page. Gray wrote that he “watched him grow” over the past year. He even hopes that over time, the spider will “grow still”.

As frightening as the spider may seem, it’s probably not that dangerous. The spider Holconia immanis does produce venom, but it is unlikely that it will be able to use it on humans. These spiders prefer not to defend or attack, but to run away and hide. But even if a spider bites a person, the consequences will not be too dire.

Most often, spiders living in a house are completely harmless. Moreover, entomologists advise not to touch them and let the arthropods go about their business. Spiders are important members of the home’s internal ecosystem, as they feed on small pests such as flies and mosquitoes.

If you do not want to share a room with an arthropod, then experts advise not to kill, but to immerse it in a container and release it outside.