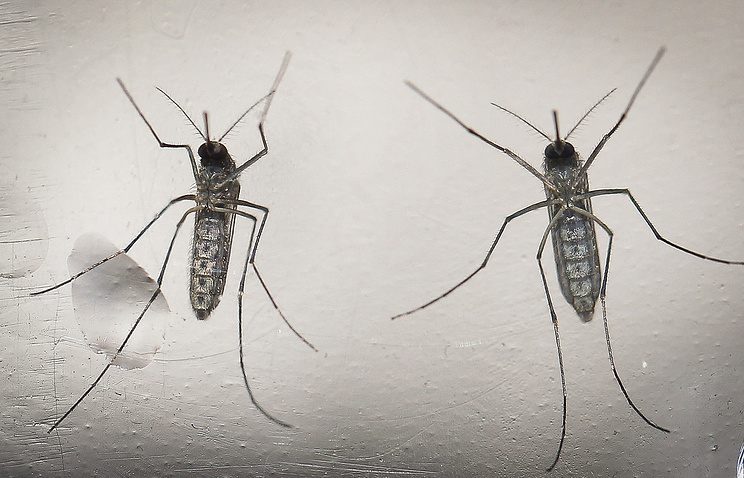 The private laboratory on production of genetically modified mosquitoes which are considered as an effective method of fight against spread of a Zika virus opened in the Brazilian city of Piracicaba (State of São Paulo). Reported Globo TV channel about it.

According to its data, in the room with a total area of 5 thousand sq.m about 60 million insects a week can be created. It is about genetically modified kind of mosquitoes of Aedes aegypti which are carriers of dangerous Zika viruses, tenge and a chikungunye. “We are ready to expand production to any scales to help to protect people in Brazil”, – Glen Sleyd, the director of the British biotechnological company Oxitec which possesses this project declared. According to firm, its method of implementation of genetically modified mosquitoes leads to essential reducing their population.

The matter is that the posterity of the mutating insects dies, without reaching puberty. Therefore genetically modified males who don’t bite and viruses don’t extend, issue in habitats of this type of mosquitoes for pairing with regular females. As a result, according to specialists, population of insects is reduced more than by 90% over time. It is confirmed by experiments which were made already in Brazil, Panama and on the Cayman Islands.

As Sleyd explained, all mosquitoes issued from walls of laboratory in addition to a special gene which negatively influences health of posterity, will receive special fluorescent marking. It will allow to watch results of an experiment on their implementation to the environment.

The cost of laboratory in Piracicaba which received the name “Aedes is kind” constituted 20 million reals ($6,4 million). 3,7 million more ($1,18 million) will be spent for production of the first batch of insects who will be issued in the neighborhood of organization. At the same time, according to Oxitec, it is not about the commercial project, and about investments of the company into scientific research.

For the first time Zeke’s fever was revealed in 1947 in Uganda. In case of this disease, as a rule, temperature slightly increases, the fever, rash on skin appears, bystry fatigue is noted, however it is frequent can proceed asymptomatically. In recent months scientists from several countries came to a conclusion that infection with a Zika virus during pregnancy can lead to considerable reduction of the sizes of a skull (mikrotsefaliya) of a fruit, and also cause such heavy neurologic complication as a syndrome to Giyena-Barra. In February the World Health Organization (WHO) recognized spread of this fever in South and North America as an emergency medical situation of the international scale.