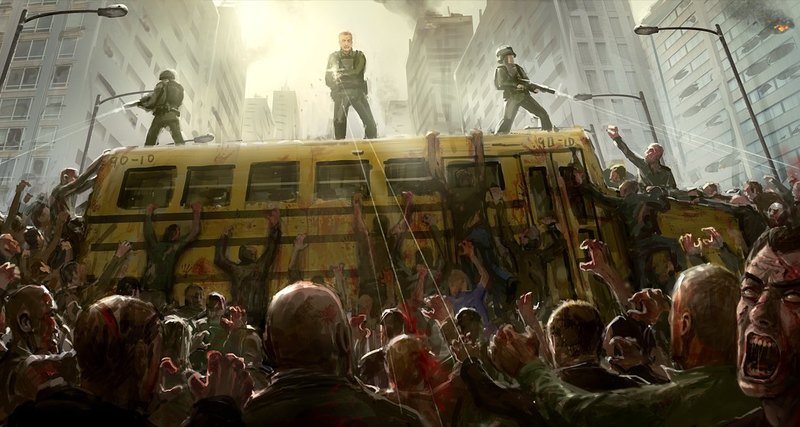 If the military population protects the civilian population from zombies, then there should be at least 47 people per 1,000 civilians. But it’s better to take the defense into your own hands, suggest the Brazilian mathematicians who modeled the zombie apocalypse.

A group of scientists from the University of Minas-Jeyras in Brazil posted an article on “Modeling our survival in the case of a zombie apocalypse”.

The dynamic model created by scientists assumes that in the event of a mass zombie uprising, the civilian population will be protected by the military. The ratio of the number of armed soldiers and civilians turned out to be the key factor determining the stability of the human community, forced to fight with the living dead. If there are less than 47 military personnel per 1,000 civilians, survival will be threatened. If there is a zombie apocalypse today, only North Korea will answer the challenge – it has just 4.7% of the population in the armed forces. Even taking into account FSO employees and private security companies and without deduction of maintenance personnel of security agencies, the percentage of armed and trained people in Russia is barely enough to 3.9, analysts of the telegram channel “Herring over a fur coat” note.

As a basis, scientists took a scenario in which the first zombie appears in a densely populated metropolis. In contact with it, healthy people themselves become zombies, their number is growing rapidly, and the situation soon acquires an apocalyptic character. Scientists relied mainly on cinematographic material; according to these sources, mankind quickly finds itself in a minority and is forced to live in isolated groups in fortified settlements.

The following assumptions were made: when meeting a zombie, a peaceful person kills a zombie, a zombie kills a person or a person turns into a zombie (for simplicity, scientists made these scenarios mutually exclusive). At a meeting with a military zombie dies, because the military has weapons and special training. Changing the probabilities of different outcomes, the scientists compiled models describing four situations: 1) the population is protected by a strong army; 2) the population is protected by a very strong army; 3) the population defends itself (Resistance), but people are more prepared and survive more often than in the previous scenarios . In the fourth scenario, the survival rate was increased in zombies. This model does not promise anything good: strong zombies kill many people, but they do not zombify a little; as a result, only the military remains alive. Best of all, worked the same version of the “Resistance”: in this case, the zombie from the outset had no chance.