Breakfast was again called the most important food intake 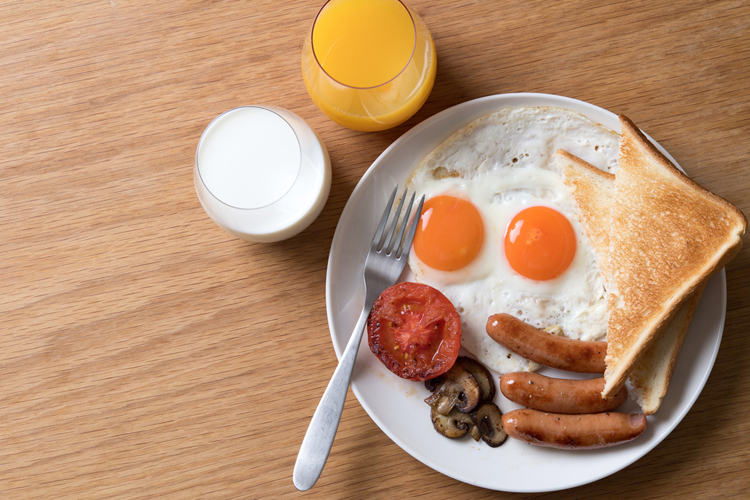 If a person regularly breakfasts – this changes the work of his fat cells. Otherwise, metabolism begins to work, the activity of “fat genes” decreases, more sugar is processed, which ultimately leads to a reduction in the risk of developing cardiovascular diseases and diabetes. In addition to these findings, UK scientists also found that in obese people, fat cells have a reduced response to insulin, and the decrease in this reaction is directly proportional to the total amount of fat in the body. The article on the results of scientific work is published in the Journal of Physiology.

A small study involved 49 people, 20 of whom were obese, and another 29 had normal weight. All these people were divided into groups. In the first group, participants had to give up food until noon, and in the second group, volunteers needed to consume at least 350 calories within two hours of waking up, and bring the amount of energy received to 700 calories by 11 am. The experiment lasted six weeks. Before and after it, experts evaluated the metabolism of participants, the “composition” of their body (the amount of fat, etc.), how their appetite worked, how their fat cells reacted to insulin, and also determined the concentration of biomarkers of cardiovascular and metabolic diseases . In addition, each person measured the activity of 44 genes and their key proteins.

The lead author of the study, Javier Gonzalez, explained that understanding how fat reacts to when and what a person eats will help regulate this mechanism and, for example, will allow at least not gain weight if it does not manage to lose it. The scientist noted that it is still unknown what kind of breakfast should be – the participants of scientific work used food rich in carbohydrates since the morning, it is possible that a change in nutrition would affect the conclusions.