Bricks of the lunar dust 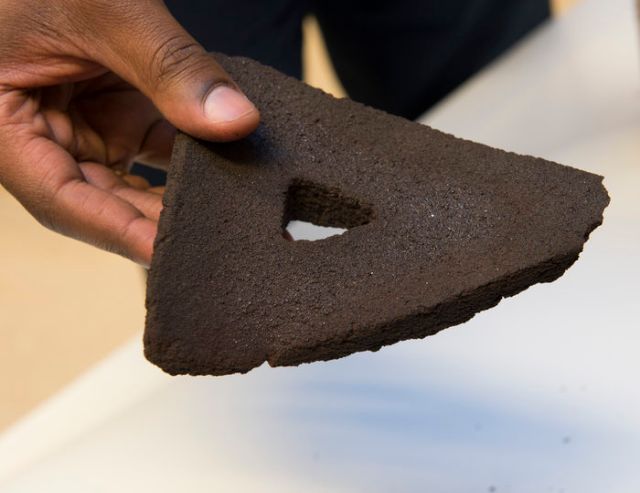 German specialists have created bricks from a lunar dust-like material of volcanic origin. For layer-by-layer sintering, solar concentrators were used, as well as xenon lamps in cases where the weather was cloudy. According to scientists, this way it will be possible to create building blocks for erecting the lunar base, the European Space Agency reports.

Bricks were created on the table layer by layer. The thickness of each layer was 0.1 mm. The material was sintered at a temperature of 1000 degrees Celsius. A brick measuring 20x10x3 cm was produced in 5 hours.

During the experiment, the laboratory of the German Center for Aviation and Cosmonautics in Cologne used an installation of 147 mirrors, as well as several xenon lamps used in projectors.

The resulting bricks had strength comparable to the strength of gypsum. Some blocks were damaged edges, cooled faster than the middle.

The creation of bricks was carried out under ordinary conditions of the earth’s atmosphere. In the future, specialists will try to print blocks in vacuum and at high temperatures.