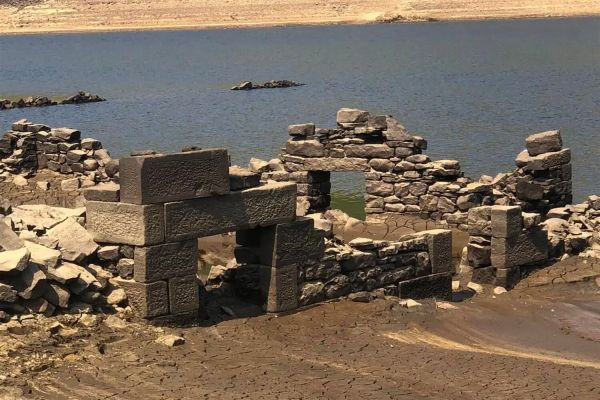 Because of the drought in Britain, a flooded village appeared on the surface, writes LADBible. The houses have been under water for decades.

The sunken village is located next to the reservoir in North Yorkshire. Due to the intense heat, the water level in the artificial lake dropped, allowing the ruins of houses to resurface. Previously, about 1250 people lived in the village, but at the beginning of the 20th century, local authorities decided to flood it.

The first to notice the ruins was Nicola Barningham. According to the woman, she went for a walk and did not suspect that a village used to stand on this place. According to local residents, the last time the flooded houses were seen was in the summer of 1995, when the heat also covered Britain.

Earlier, the Briton said that he has been storing rainwater since 1976 and has 6,000 liters of reserves in case of drought.