Bulbs of rod-fish gave rise to a new riddle 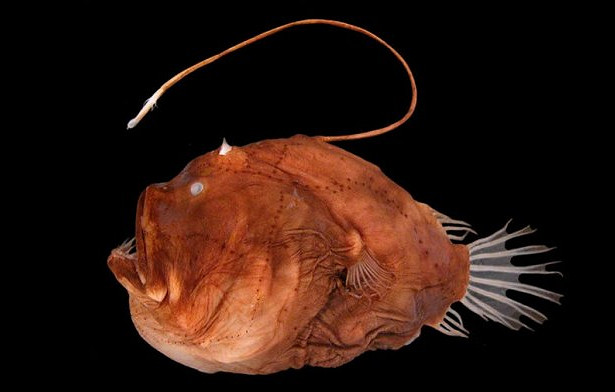 A toothy monster from the depths, which lures the prey with bright light directly to its mouth, recently set before scientists a new riddle. Science already knew that the source of light in the “lamp” of fish-anglers are bioluminescent bacteria. However, the recent sequencing of their genome has led biologists to ponder – and what role does their host fish actually play in the life of bacteria?

Catching at a large depth of the rod is not easy, there was always a shortage of materials for studying and scientists were content with generalizations. In bioluminescence, there is nothing surprising, the phenomenon of symbiosis is well known, so it is logical to assume that bacteria help the archer to lure prey, and the latter feeds them in gratitude. This duo formed about 100 million years ago and reached perfection.

However, after studying the DNA of bacteria from anglers from different regions of the world’s ocean, scientists were astonished to find two new facts. First, it turned out to be different microorganisms, the only common in them is the effect of bioluminescence. Secondly, the genome of bacteria from fish was 50% scarcer than that of their close relatives. And had signs of degeneration, pseudogenes, which will soon have to atrophy and disappear.

These are important parts of the genome, losing which the bacterium lowers its chances of finding food and surviving. But there is no problem – everything necessary is provided by the body of the fish-angler. The details of the process for the different individuals studied differ so much that a new theory arose: fish influences the evolution of bacteria. It causes microbes to degrade and become dependent on it, and when they completely degenerate, it changes the “stuffing” of the light bulb and starts the process anew. So far this is only a theory, but it stirs the minds of scientists.