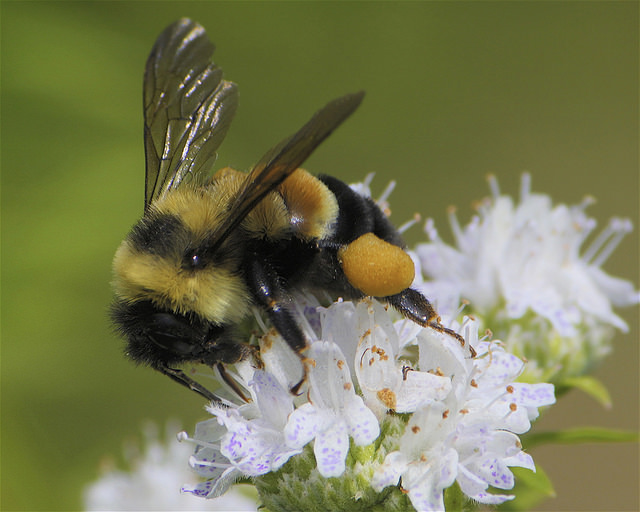 For the first time in the U.S. species of bumblebees listed species. We are talking about rusted Bumble bees (Bombus affinis), endemic to North America, the population of which in the last 20 years has decreased by 87 %.

In September 2016 the list of species under threat of extinction in the United States, was also the first time in the history of this country — included seven species of Hawaiian bees. About it writes national geographic that were.

Threats faced by these insects, many are similar: loss of natural habitat, disease, parasites, pesticides, and global warming. And they suffer not just bees and bumblebees, but the people in the end, these insects pollinate our food.

“Bumblebees are among some of the most important pollinators of various crops, such as blueberry, cranberry, clover. Moreover, they are virtually the only pollinators of tomatoes among insects,” reads the description of the bumblebees on the website of the service of protection of fish resources and wildlife of the United States. The economic benefit from the “services” pollination provided by insects is approximately $ 3 billion per year.