Butterflies appeared before the flowers appeared 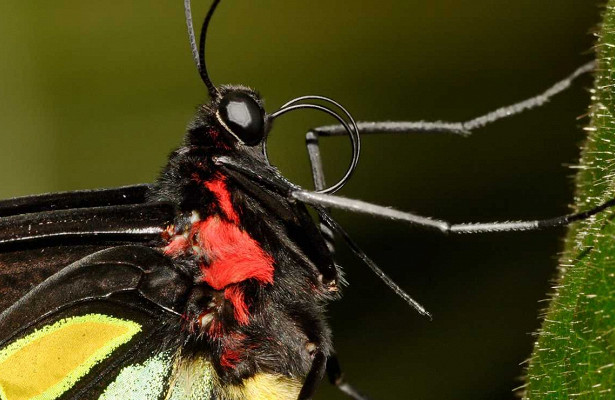 Among the riddles of the series “what was before, a chicken or an egg” is one rather curious. Butterflies’ butterfly, so remarkably suitable for obtaining nectar from a flower, and flowers themselves, adapted for such a way to lure pollinators. What happened before? It seems that now we know the answer.

You van de Schootbrugge from the University of Utrecht and his colleagues examined the ancient samples found in the north of Germany, finding among them recognizable remains of lepidopteran insects, some with fragments of wings. The remains of ancient algae and pollen located there allowed to date the find in the age of 200 million years. Scientists tell about this in an article published by the journal Science Advances.

The authors note that the wings, bodies and legs of these ancient insects have already been covered with dense chitin scales, like some modern moths that have powerful enough jaws and are able to feed on fairly solid food giving material for such scales. Other remains were characterized by a more delicate structure of scales characteristic of modern proboscis butterflies.

These conclusions are quite unexpected given that the flowering plants began to conquer the planet much later, between 140 and 160 million years ago. It turns out that the proboscis of Lepidoptera appeared long before this time – and, apparently, for a different purpose. Scientists suggest that he helped them survive in the arid climate of the era when a massive Triassic extinction unfolded on the planet. Proboscis allowed to consume the secret of some gymnosperms – and only then turned out to be a wonderful tool for nectar flowering plants.