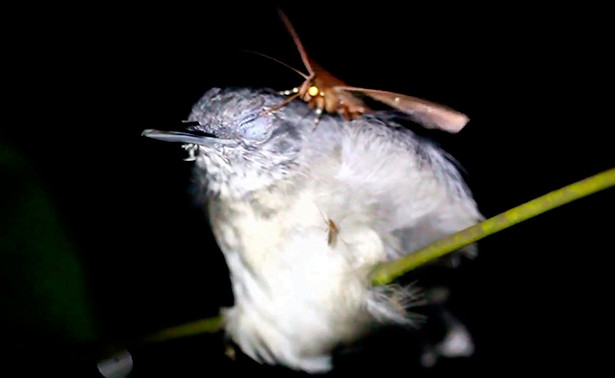 Everything happens at night, when the birds are sleeping – butterflies sit on their eyes, after which they take greedily to drink tears.

Tropical butterflies are found in the forests of Amazonia, drinking “cocktails” from the tears of local birds with their proboscis while they sleep. An interesting discovery was shared by Brazilian ecologist Leandro Moraes, who published a video on YouTube.

The ecologist described in detail in his study that in November last year he set off on an expedition to the central regions of the Amazon, from where he returned with stunning shots.

Thus, the frames show a sleeping small bird, in whose eyes a tropical butterfly sits and tries to push a proboscis there to greedily swallow tears. Moreover, such cases, according to the biologist, are not unique.