By 2050, half of the world’s population will concentrate in 9 countries 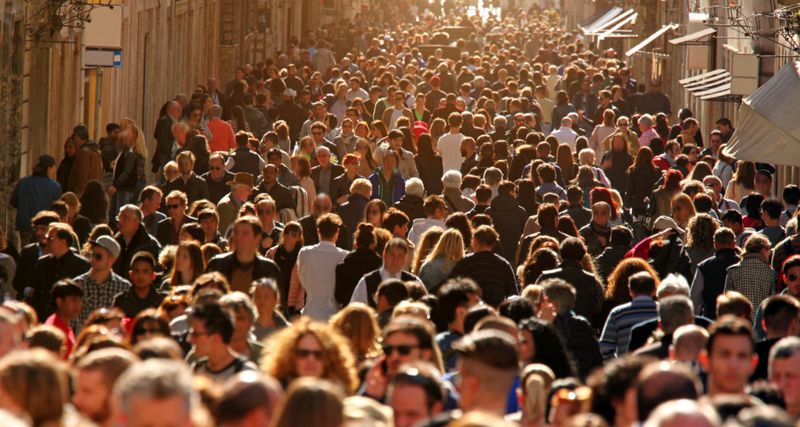 According to the UN forecast, the earth’s population will amount to 9.8 billion by 2050. The most significant increase will be observed in Africa and Asia, and as a result, half the world’s population will concentrate in nine countries.

The Department of Economic and Social Affairs of the United Nations has published an updated report on “Prospects for the World Population.” The previous figures had to be revised due to the growing rate of population growth in India and Africa.

Already, India is the second country in the world in terms of the number of inhabitants: 1.3 billion people. In China there are now 1.4 billion people, but by 2024 India will come out on top. Against the background of a rapid decline in the population of Europe, 26 African countries by 2050 will double the number of its inhabitants.

With this in mind, UN experts predict that by 2030 the world’s population will grow to 8.6 billion, by 2050 to 9.8 billion, and by the end of the century 11.2 billion people will live on the planet. Before the population growth was forecasted at the level of 8.5 billion people by 2030 and 9.7 billion by 2050. By the middle of the century, half the world’s population will be concentrated in just nine countries: India, Nigeria, the Democratic Republic of the Congo, Pakistan, Ethiopia, the United Republic of Tanzania, the United States, Uganda and Indonesia.

Another trend, referred to in the UN report, is the aging of the population. In all regions of the world, life expectancy has been recorded: if in 2000-2005 the average age for men was 65 years, for women – 69, in 2010-2015 these indicators increased to 69 and 73, respectively. This has a negative economic effect: the able-bodied people are under increasing pressure to take care of the older generation. In addition, the rapid increase in the number of inhabitants of the Earth with the same rapid depletion of resources will lead to environmental problems, political unrest, increased unemployment and poverty.