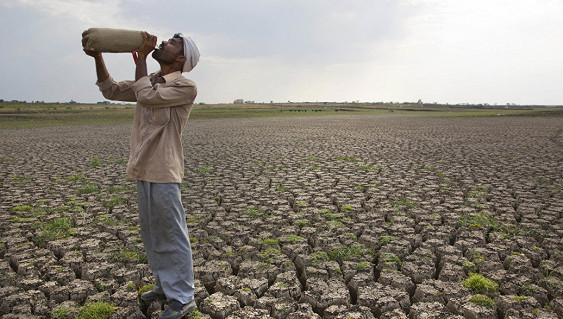 The rapid development of medical technology over the past decades allows humanity to, on average, increase life expectancy and produce more healthy children. According to the fresh statistics provided by the UN Department of Economic and Social Affairs, the population of the Earth will continue to grow rapidly and by the year 2050 will reach 9.7 billion people. Moreover, by 2030 the population, according to the latest data, could reach 8.5 billion people.

The report says that the birth rate on the planet as a whole is declining in each of its separate regions, but that life expectancy continues to increase, which generally increases the average age of the inhabitants of the Earth.
In general, the problem is aggravated by the fact that many of the resources on which our survival depends on this planet are not renewable. Therefore, it is quite obvious why among scholars there is heated debate about why it is so important to maintain a certain balance of their fair distribution and moderate use, if we are even concerned with the problem of such rapid population growth.

In 2013, one of the most famous naturalists and researchers in the world, as well as television and radio host David Attenborough, spoke very sharply in the British weekly Radio Times that people began to resemble a real plague, while adding that “either we ourselves will begin to limit the population Of the world’s population, or in a short time nature will do it for us. ” The scientist also noted that one of the key factors that will allow nature to translate this into reality is global climate change, the first signs of which we can observe now. And ironically, to a greater extent in this very climate change we are to blame ourselves, people who blithely ignore all the hints.

Many other prominent experts in various fields of science also share the view of Attenborough. One of them, for example, is the theoretical physicist Stephen Hawking, who gives humanity only 100 years of survival.
If the situation in the world, as Attenborough and Hawking believe, does not change, then the population of the Earth, coupled with ignoring the search for solutions to change the situation, including climate, can become a sure recipe for a global catastrophe.