By 2064, the Amazonian forests will become an arid plain 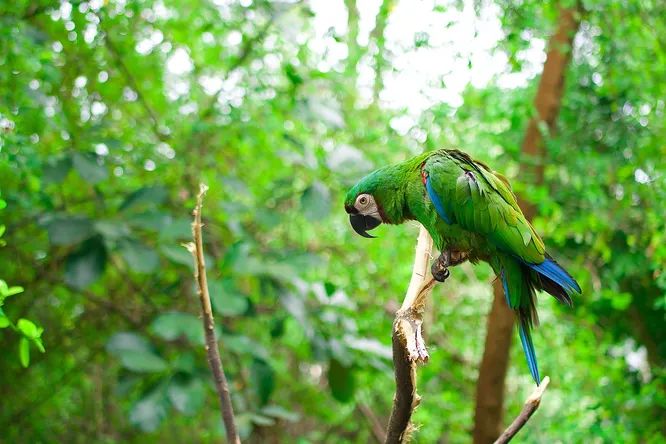 Professor Robert Walker of the University of Florida predicted that by 2064, the Amazon rainforest would turn into a dry, bushy plain. This will happen not only due to climate change, but also due to large-scale deforestation.

Many scientists have long predicted the destruction of the forests of the Amazon, but no one expected this disaster so soon.

The Amazonian forests cover an area of ​​5,500,000 square kilometers. It is the largest rainforest on Earth. Along with reducing air pollution and regulating the world’s oxygen and carbon cycle, this woodland helps regulate rainfall to maintain fresh water levels in the region.

Unfortunately, the locals don’t really think about it. Professor Walker studied the life of local residents for a long time, and also communicated with farmers and lumberjacks. He summarized that poverty and mismanagement of resources by governments ultimately lead to deforestation. “People don’t really care about biodiversity, the environment when they have to think about livelihoods,” he notes.

Trees in the region are not only cut down, but local farmers often set fire to forests to make room for crops. Added to these arson attacks are the fires caused by global warming. This problem has become much more complicated in the past year. So in August 2019, the Brazilian National Institute for Space Research reported more than 80,000 fires throughout the country, which is 77% more than in the previous year.

Walker notes that rainforests have experienced periods of drought and fire in the past. This happened in 2005, 2010 and 2015. However, there is now a trend towards longer periods of drought, which are more frequent. Because of this, forests do not have time to recover.

“If the drought in the southern Amazon continues as it has in the past decade, it will become the norm for this region by the end of the century. In fact, the tipping point may occur before 2064, “Walker writes.