Calcareous “canopy” in a stratosphere will save from global warming 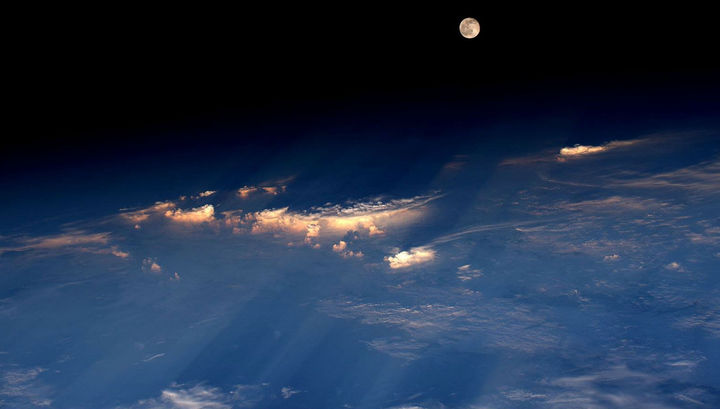 Practically a year ago many countries within the Parisian agreement on climate assumed liability to make a contribution to delay of global warming of climate and to try to limit emissions of greenhouse gases. Already now in many countries a number of the measures directed to achievement of this purpose is entered. However it is necessary to develop also additional measures, researchers from Harvard University consider. Recently they offered one more method.

The concept of “solar geoengineering” according to which reflecting particles can be brought in Earth stratosphere was a few years ago provided to reflect sunshine. Thereby process will help to keep the planet “in a cool” (sunlight doesn’t get under clouds and as a result isn’t late under the atmosphere, repeatedly being rereflected and creating effect of a hotbed).

And though quite controversial concept was discussed within many decades, risks which are born by any attempts to interfere with natural processes didn’t allow to check such method in operation. Now researchers consider that, perhaps, they found a method to make a method safer.

The solar geoengineering usually relies on spraying sulfate aerosols (particles rich with sulfur) directly in a stratosphere. Such process happens during eruption of volcanoes. Particles reflect a sunlight therefore there is a cooling effect on our planet.
But the problem is that sulfate aerosols make sulfuric acid in a stratosphere, and it damages the ozone layer protecting Earth from harmful ultra-violet radiation (already suffering). Depletion of an ozone layer can lead to increase in incidence of the person of cancer of skin, injury of eyes and other dangerous consequences.

But that if to use a special type of aerosols which can reflect a sunlight and at the same time not render the destroying effect on an ozone layer? Researchers from the USA carefully looked for necessary substance and found out that calcite (or a CaCO3 calcium carbonate) which is in particular a part of limestone, is that necessary element. And there is a lot of limestone on Earth.

The new research essentially reinterprets what substances shall be used for solar geoengineering, one of authors of a research Frank Keutsch notes.

The previous researches have been sent to search for inert aerosols which don’t destroy an ozone layer. However researchers from Harvard University have considered that it is necessary to use just the aerosols having high reactionary ability.

“Every time when you spray inert particles in a stratosphere, occurs reaction which eventually leads to ozone destruction. For the reason that particles become covered with sulfuric acid — says Koych. – And instead of decrease in reactivity of aerosols, we wanted to use, on the contrary, high-jet material, but at the same time to avoid ozone destruction”.

In order that aerosols didn’t damage an ozone layer, particles need to neutralize sulfuric, nitric and hydrochloric acids on their surface. Researchers have addressed the periodic table of Mendeleyev to find such particle: they have excluded toxic elements and rare metals, and then have stopped on alkaline salts and the shchyolochnozemelnykh metals. “Sodium and a carbonate of calcium — some kind of antatsida for a stratosphere” — Koych says.

After careful studying experts have found out that calcite can resist to destruction of an ozone layer, neutralizing the acids which have got to the atmosphere with greenhouse emissions. Besides, the same element at the same time will be able to reflect a sunlight that will cool the planet.
Researchers have already begun to hold testings of calcite in the laboratory experiments imitating conditions in a stratosphere. Experts note that they are extremely careful in the works as they understand that any dispersion of particles in the atmosphere can lead to unforeseen consequences.

“The chemistry of a stratosphere is very difficult. And we so far until the end of her haven’t studied” — other author of a research David Keith says. Scientists should conduct a set of researches before to start real actions.

Let’s note that researchers don’t say that the geoengineering can replace with itself reduction of emissions of greenhouse gases. The offered ways – only additional methods which will help to cope with problems of global warming.

So, recently chemists have also tested a way of burial of greenhouse gases underground, having shown that it is safe.

“Solar geoengineering – only one more way to help our planet, but the person still has to reduce greenhouse emissions. Only the combination of all measures will help to solve a problem” — Keith concludes.

The research which can potentially help to cope with global warming is published in the scientific publication Proceedings of the National Academy of Sciences.