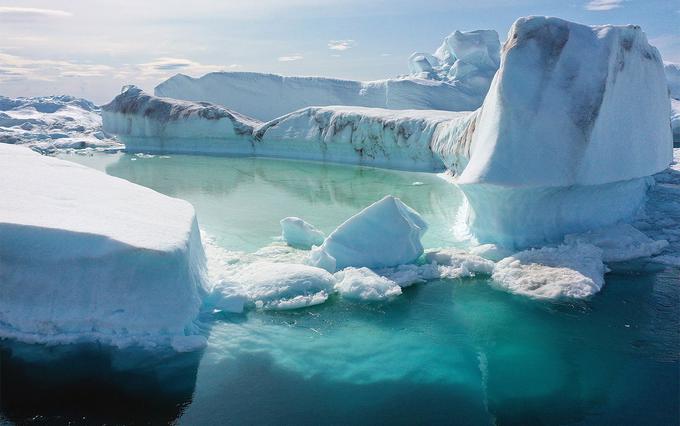 Scientists from various institutions have created 14 models that predict the impact of ice melting in Greenland and Antarctica on ocean rise by 2100. If the current level of greenhouse gas emissions is maintained, the melted ice of Greenland could raise sea levels by 9 centimeters, and Antarctica – up to 30. The researchers’ calculations are published in a special issue of The Cryosphere.

Computer modeling is used today in a variety of fields. However, developing models for analyzing ice cover is particularly challenging. First, scientists, for obvious reasons, cannot reproduce the processes under study in a laboratory in order to obtain any necessary information. Secondly, researchers still lack some important data, such as the effect of the land surface on the sliding and movement of ice masses, or how warm the water is under floating ice tongues in Antarctica. Therefore, the only way for scientists to test the adequacy of their model is to compare with others.

Scientists from 36 research institutes and universities around the world have been preparing and comparing their predictions over six years of how ice melting in Greenland and Antarctica will affect sea levels by 2100. In total, they got 14 models. Scientists have identified two scenarios that depend on an increase in the average temperature on Earth. The first is named RCP8.5 and implies a warming of 4.3 ° C. The second was named RCP2.6 by scientists. He assumes that the warming temperature will remain within the Paris agreement, that is, will not exceed 2 ° C.

Researchers’ opinions on Greenland generally coincided. If the average temperature on Earth rises by 4.3 ° C by 2100, then sea level will rise by about nine centimeters. In the case of the RCP2.6 scenario, the water will rise by 3.2 centimeters. “The 14 compared ice models are consistent with our latest observations, which show that the Greenland ice sheet is losing more ice, especially in the outskirts. But models for the period from 2015 to the present show much less ice loss than actually happened. In other words, the ice sheet models for Greenland underestimate the current changes in the ice sheet caused by climate change, ”said Martin Rückamp, ​​one of the researchers at the Alfred Wegener Institute for Polar and Marine Research.

If scientists agreed on the Greenland issue, then their Antarctic models came out very different. With continued active emission of greenhouse gases and strong warming (scenario RCP8.5), the contribution of Antarctica to sea level rise, according to different models, will be from -7.8 to 30 centimeters. A negative value means that Antarctica’s contribution to global ocean rise will be significantly reduced. This could happen if, due to heavy rainfall, ice in East Antarctica forms faster than it melts in West Antarctica due to warming. By itself, the western part by 2100 may lose so much ice that it will raise the sea level by 18 centimeters. However, if warming does not exceed 2 ° C, then the world ocean will rise by -1.4-15.5 centimeters.

The scientists note that although their work has significantly improved the predictions, there is still a wide range of values ​​and uncertainty. For example, the researchers were unable to analyze in detail individual ice tongues and accurately calculate precipitation levels. The authors plan to correct these shortcomings in the future.