Camera GoPro survived after falling into the lava 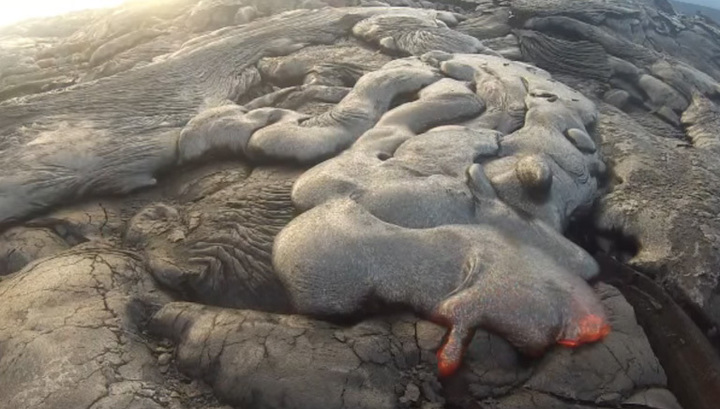 Tour guide from Hawaii Eric Storm did not follow his GoPro portable camera, putting it on the edge of Kilauea volcano to remove the eruption. The man accompanied the tourist group and enthusiastically told her about the local ancient gods. Suddenly, Storm realized that the lava had absorbed the camera. Contrary to Eric’s fears, she did not stop working, reports UPI.

Eric extracted the camera from under the layer of dried lava with a geological hammer a few days after the incident. Hawaiian said that he managed to reconcile with the loss of the gadget, when he noticed that the Wi-Fi detector installed on the GoPro continues to flash.

The memory card, which was in the cell, also survived. The device is still working. Storm decided to publish a video shot by Go Pro at the time the device absorbed lava.

In less than two weeks, the video, made inside the red-hot stream, was viewed more than 4 million times.