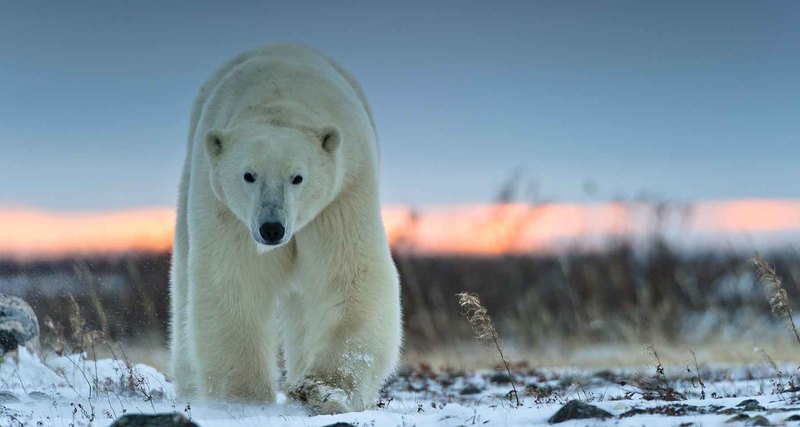 Scientists hung on the necks of polar bears collars with cameras and geotrekers and collected unique data on how the largest predators on Earth hunt, search for prey, and how often do not find it.

Biologist Anthony Pagano (Anthony Pagano) for three years watching the polar bears on the coast of the Beaufort Sea (north of Alaska and Canada). Every year, Pagano and his colleagues are dumped by bears (they all managed to work with nine animals), take blood samples from them, hang a camera and a GPS tracker around their necks and release them for several days. Then the animals are again euthanized, the collar is removed, the blood is again taken and weighed.

Collect so much data on the movements of wild polar bears so far no one has succeeded. Most of all Pagano was interested in how many bears eat and how long they do without food, how often they attempt to kill the seal and what percentage of these attempts result in luck for the bear. A blood test was taken to get an idea of ​​the metabolic rate.

Five of the nine bears dropped weight during the observation, the other three scored a little; some managed to lose or gain up to 10% of their own weight in 7-10 days. The weight was lost by the teddy bears who spent time on land, and those who were able to find the ice, and in it – the seal hole, were typed.

Arctic ice melts, and it becomes increasingly difficult for bears to find fatty and high-calorie food that allows them to maintain body weight – seals, Pagano writes in an article published in Science. Bears catch seals on ice, on land they come across smaller animals with a lower percentage of subcutaneous fat than seals, so the less ice, the less the bears have the opportunity to feed themselves.