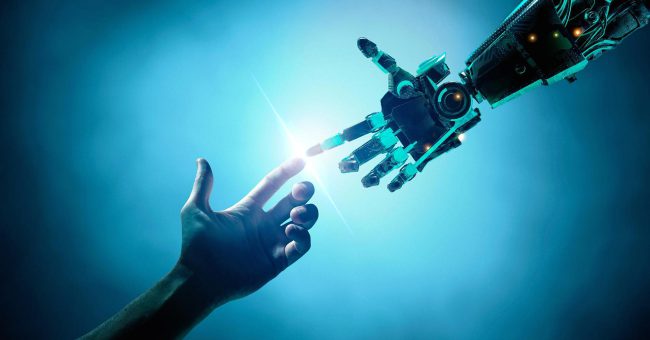 As automation continues to penetrate newer and newer aspects of life, some consider the possibility that AI will assume presidential responsibilities. He will be unbiased, constructively solve problems and may well become the leader that people deserve. The role of the president has always been welcome and controversial, therefore traditionally belonged to people. The use of the word “traditionally” occurs more often, because very many “traditionally” people-owned spheres go under the control of machines and artificial intelligence. One day, it will be the artificial intelligence that can become the president.

In 2016, a group of developers even offered to put the Watson supercomputer to this high position. What’s all this for?

One of the main reasons for the fact that this issue is generally discussed is the balance. People are vulnerable to emotions, but AI can make decisions without prejudice, without anger, without resentment, without impulse and without the ego (and this is a big problem of powerful people). AI, by its nature, is able to study all aspects of the problem before drawing conclusions from it. AI will not make quick decisions based on one fact, that’s why here the machine is better than the person.

In addition, the AI ​​president will not be dependent on finance. AI will not have a financial stake in any business, so it will not give priority to one of the parties. He will count only on what is best correlated with existing facts. For example, AI will not invest in energy sources, therefore, taking decisions on climate change, it will be guided only by the actual state of affairs.

Obviously, the idea of ​​choosing a president in the person of artificial intelligence at first seems impossible. Will we ever develop to the point where it will be technologically possible to entrust the presidential post of AI? Theoretically yes. AI is developing rapidly, so if a serious project to create the first presidential AI is implemented, it is not difficult to imagine the appearance of this system in the near future.

The biggest problem facing the way of this future reality formation is whether we will allow this to happen on behalf of people. Will the majority support this idea? This is hard to imagine, given that the current political landscape seems definitely multipolar.

As automation gets into more and more aspects of our lives, it’s easy to imagine that we could one day wish to elect a president without human shortcomings and programmed to act in accordance with a set of ideals. One could program the president to follow conservative or liberal plans.

Since artificial intelligence systems take on the tasks traditionally owned by doctors, lawyers and even poets from the world of people, the AI ​​president does not seem so impossible. Today AI is being used to create more sophisticated AI, so let’s imagine a future in which political leaders will be smarter, more honest and, it turns out, less human.