Can I prove that we live in a virtual reality? 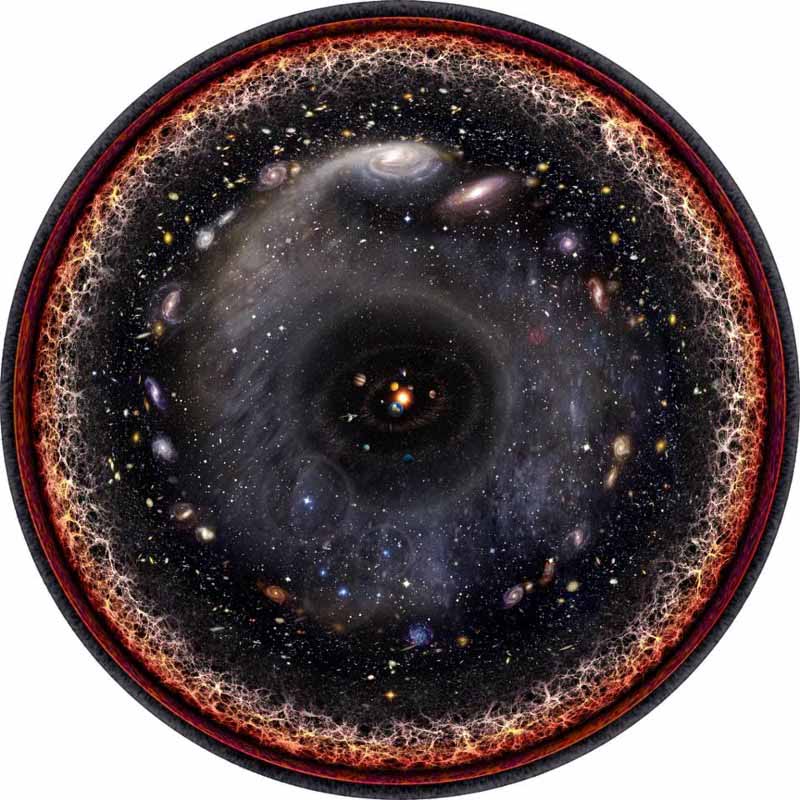 Every day we take for granted what we think is “real”. But in reality, this “reality” is a reflection of some objective reality, it is passed through our filters distortion. What is this reality?

The atoms and molecules making up our bodies, there are photons that interact with us have the energy and momentum of the neutrons passing through us every second, is a quantum particle. But the universe, from tiny subatomic particles to the largest collections of galaxies, may not exist as a physical entity, and to be a simulation in another reality, “true.”

One of the greatest mysteries of nature is why the laws of nature have the values they have. Why is there only a fixed set of particle interactions and fundamental constants that describe the Universe? We have no mathematical or physical principles that determine what needs to be done in our universe, or allow us to find out all that fundamentally exists. We are inside a Universe by themselves and can only observe a limited portion of a limited depth of sensitivity. This is partly due to the inferiority of our equipment, and partly due to fundamental limitations.

We can’t see anything beyond the distance of 46 billion light years, because the amount of time elapsed since the Big Bang, combined with the speed of light do not allow us to see further. We can explore distances less than 10-19 meters at present, due to limitations of our technology, but the Universe itself has a fundamental quantum limit 10-35 meters. Even with unlimited technology, we could not measure distances less than this. And attempts to measure different parameters at the same time reveal the fundamental uncertainty that we’ll never overcome: quantum limits of the knowable.

It is possible that there is a real, physical explanation of why these and other parameters of the Universe are such. Just we have not yet discovered. But it is also likely that their values were encoded in the Universe itself. In the literal, not figurative sense: because our universal reality is simulated. Our computing power continues to increase at an alarming rate over the last 70 years or so. We have progressed from calculators the size of a building supercomputers the size of a printer that can conduct simulations on trillions of particles in a matter of minutes.

If computing power increases enough, we could, in principle, to simulate every particle in the Universe throughout its history. If we created a quantum computer was and could support each individual particle is in an indeterminate quantum state, in our simulation, there would be quantum uncertainty inherent in our Universe. And if this simulation would give the life of planets with life, intelligent beings on it, they would be able to understand that we live in a simulation? Of course, to find scientists who will say “no”, quite simple. For example, rich Terrile from NASA, says the following:

“Even things that we consider long — time, energy, space, volume — all have limitations in size. And then our universe is simultaneously calculated and finite. These properties allow the Universe to be simulated”.

But from a physical point of view, this may not be true. Quantum uncertainty may be real, but this does not mean that space and time are quantized, or that the energy of a photon can be arbitrarily small. The observable universe may be finite, but if you include the unobservable Universe, it can be endless. We also use various tricks to reduce the computational load of our models, but evidence that the universe uses this kind of will appear in the experiments as “blurred” results on sufficiently small distances, which we do not see.

While it is true that the results of information theory often appear in advanced studies in theoretical physics, this may be because both disciplines are subject to a consistent mathematical relationship. Some of the arguments — that in the future it will be easy to simulate the mind, and so will the simulation of organic consciousness, and so we ourselves can be a simulation of consciousness is so flimsy and cannot stand up to criticism, which is sad to watch them as most of these arguments. For example, why someone who can simulate a Universe that suddenly wants to simulate the consciousness of human beings? This topic was discussed seriously in April.

Upon closer examination it is revealed that this theory is too beautiful teases the imagination. But also it is simple and elegant, but, alas, a false explanation of the complex contemporary issues, the question arises, why do we need science… if you have a religion.

What is also remarkable, even if you find the evidence — for example, in cosmic rays, the space-time discrete, this would be an incredible breakthrough in our knowledge about the Universe, but does not prove the hypothesis of the simulation. In fact, there is no way to prove any “glitches” that we will find or not find, can be properties of the Universe itself… or parameters that have been placed or a setup by the creators of the simulation.

And we cannot make scientific assessment or to assess the likelihood of this idea, however attractive it may be. Part of the appeal of physics is whether it is contrary to common sense, but also how powerful a prediction tool it is. Even if we do live in a simulation, it will not change our process of understanding and searching the foundations of the laws of nature, how they came to this and why the fundamental constants have exactly the values that you have. “Because we live in a simulation” is not the answer to these questions.