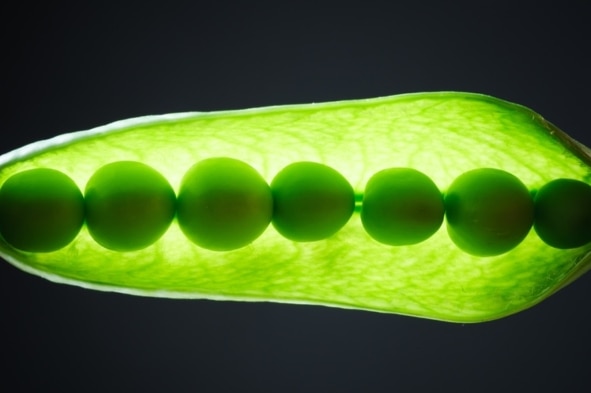 The allegations that music helps saplings grow, we have heard for a long time, despite the fact that reliable evidence was never presented. Nevertheless, new research shows that some plants are capable of perceiving sounds such as water bubbling or buzzing of insects.

In a recent study, Monica Gagliano, an evolutionary biologist from the University of Western Australia, and her colleagues sprouted pea seeds in pots in the form of an inverted Y. One sleeve of each pot was placed either in a drip tray or in a plastic-wrapped plastic tube, Which water flowed; In the other sleeve was only the soil. The roots grew in the direction of the sleeve with the liquid, regardless of whether it was easily accessible or hidden inside the tube. “They just knew that the water was there, even if the only thing that could be determined was the sound flowing inside the water pipe,” says Gagliano. However, when the seeds had to be selected between a tube of water and moist soil, their roots were directed to the latter. Gagliano puts forward the hypothesis that these plants use sound waves to detect water at a distance, but sensing moisture drops, tend straight to the water when it is closer.

A study published earlier this year in Oecologia is not the first study to hypothesize that plants can detect and analyze such information. A study in 2014 showed that the plant Arabidopsis (cabbage relative) can distinguish the sounds emitted by the caterpillar upon chewing, and the rustle of the wind – the plant produced more chemical toxins after it “heard” the sounds of the eating leaves of insects. “We tend to underestimate plants, because their reaction to the same sounds is almost invisible to us. But the leaves are extremely sensitive to various fluctuations, “says study lead author Heidi Appel, an environmental scientist at the University of Toledo.

Another proof that plants can hear is the phenomenon of “pollination by a buzz”, in which a bee buzzing at a certain frequency has been found to stimulate the release of pollen. Other experiments have shown that sounds can lead to hormonal changes in plants, influence their absorption of oxygen and change the rate of their growth. A study published earlier this year showed that sound waves can influence even the expression of genes in arabidopsis, that is, they start the process when hereditary information is transformed into a functional product (protein or RNA).

Michael Schöner, a biologist from the University of Greifswald in Germany, who did not participate in the new study, believes that plants can have organs that are capable of perceiving noise. “Sound vibrations, perceived with the help of mechanoreceptors, can cause the reaction of the plant. Mechano-receptors can be very thin, fleecy structures, that is all that can work as a membrane, “he says.

The question arises whether acoustic pollution affects plants and animals. As Monica Gagliano notes: “Noise can block information channels between plants, for example, when they need to warn each other about insects.” Therefore, the next time you turn on noisy appliances in your garden (for example, a lawn mower), know that plants may not like it.