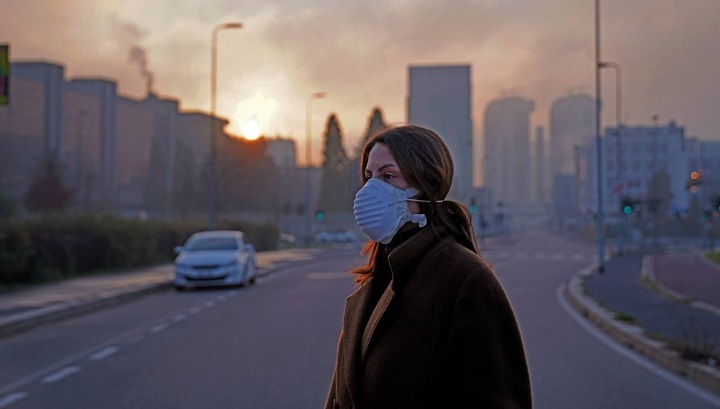 Researchers have proven for the first time that the polluted air that residents of big cities breathe causes severe damage to a community of bacteria in their gut. And because of changes in the structure and functions of the intestinal microbiota, a person has an increased risk of developing obesity and diabetes, gastrointestinal upsets and other chronic diseases.

The authors of the new work note: when studying the negative effect of polluted air on the body, the main focus is on the health of the respiratory system. So, just because of one toxic substance, the lungs of a healthy person can eventually turn into the “lungs of a smoker.”

However, a number of studies point to other “side effects” of contamination. This includes weight gain and a change in the body’s ability to regulate blood sugar.

It has also been shown that in emergency rooms, people often complain of problems with the gastrointestinal tract in those days when the concentration of pollutants in the air is especially high. There are studies that have shown that young people who are exposed to large amounts of exhaust gases have a greater risk of developing Crohn’s disease.

In a new work, American researchers analyzed fecal samples obtained from 101 residents of Southern California. Their average age was 19.6 years.

Scientists have applied cutting-edge sequencing of the entire genome to determine the composition of the intestinal microbiota of volunteers.

The team also studied data from air monitoring stations located in those areas where the participants lived. Specialists were particularly interested in the concentrations of ozone, nitrogen dioxide, and particulate matter suspended in the air.

It turned out that of all pollutants, ozone has the greatest effect on the diversity of microorganisms in the intestine. And this, in turn, can trigger the development of obesity and type 2 diabetes.

In addition, there were more bacteria of the species Bacteroides caecimuris in the intestines of people exposed to the most ozone over the last 24 hours, indicating an increased risk of obesity.

In general, the researchers identified 128 types of bacteria that were affected by an increase in ozone concentration. It is clarified that some of these microorganisms can affect insulin production, others produce metabolites, including fatty acids, which help maintain the integrity of the intestinal barrier and prevent inflammation.

These data were obtained taking into account age, gender, body mass index, diet of participants and other factors.

In the future, specialists intend to verify the data obtained during larger studies, and also to find out whether the effect of polluted air affects the formation of intestinal microbiota during intrauterine development and at a very young age.

A scientific article on the results of new work is presented in the journal Environment International.