Can ravens be smarter than primates? 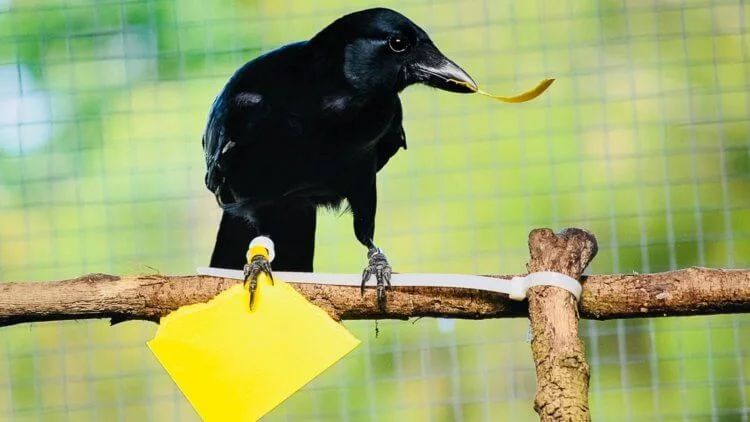 Everyone knows that crows are very smart and cunning birds. However, their intelligence is probably much more advanced than could be expected. In 2002, scientists from Oxford University watched in surprise as a caught raven named Betty casually took a piece of wire, and then, using the nearest object, bent it from one end, turning the wire into a hooked tool. This tool allowed Betty to pull a small piece of meat from a plastic tube. Then, in 2002, Betty surprised everyone and was perceived by the general public as an exceptional bird. Only many years later, we became aware that Betty’s intelligence and savvy are common in the ravens of New Caledonia. 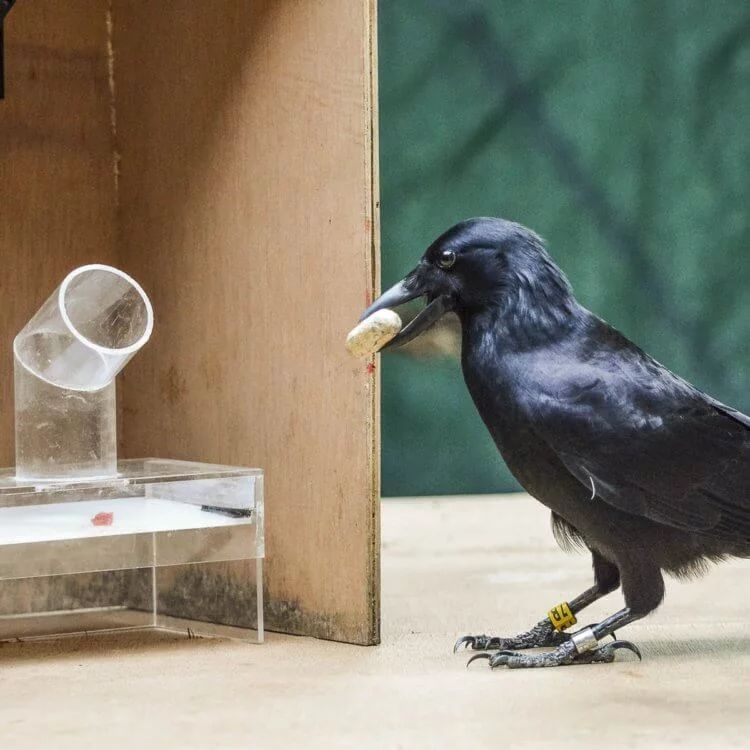 After the famous experiment in 2002, researchers paid close attention to the raven.

New Caledonia – the overseas territory of France in the South Pacific – is home to truly special birds. Closely observing the crows of New Caledonia, the researchers came to the conclusion that in the wild, these birds use their intelligence all the time. In 2002, researchers suggested that Betty on the move came up with a tool that allowed her to get food. But for the ravens of New Caledonia, such tools are commonplace. In recent years, the brains of these birds have been closely studied. Today, there is no doubt that the cognitive abilities of some of them are outstanding.

What other animals have truly outstanding intelligence? You can share your opinion in the comments and with the participants of our Telegram chat

Why are the crows of New Caledonia special?

Researchers have previously observed the crows of New Caledonia, and therefore have repeatedly seen how these birds obtain their own food using improvised means. So, in an article published earlier this year, scientists described how the crows of New Caledonia look for a special type of plant, from the stem of which they make tools to hook food. Experiments have shown that crows found the desired stems, even when they were masked with leaves of other plants. This suggests that the birds knew what material was needed to make the tools. Moreover, in the wild, New Caledonia’s crows use tools to dig out insects from pits and tree trunks.

Intelligence is rooted in the brain. Smart primates, including humans, have a special structure in the brain – the neocortex, which is responsible for higher nervous functions – thinking, sensory perception and the execution of motor commands. However, corvids do not have such a structure. Instead, tightly packed clusters of neurons are located in the brain of the corvids, thanks to which the ravens of New Caledonia have such developed mental abilities. This is an example of convergent evolution, when completely different evolutionary development has led to the same feature or behavior.

What animals use tools?

The ranking of animal intelligence seems to be an increasingly pointless activity, given the really important thing: how well an animal adapted to its environment. Thus, the crows of New Caledonia are far from the only species that has developed the ability to use tools. Chimpanzees, parrots, alligators and even crabs are capable of this.

Where the crow uses mental abilities and tools to access hard-to-reach food, the giraffe simply cranes its long neck. However, intelligent animals can sometimes perform tasks beyond those required by nature. In an article published in the journal Current Biology, researchers described an experiment that aimed to show how the mood of the birds affected the instrument. In the course of the work, the birds were taught to recognize that there was more food in the box on one end of the table than in the box on the opposite. Then the ravens were presented with a box in the middle of the table – which means they did not know how much food was in it. Birds that recently used tools to extract food from a container approached the mysterious box faster than those that did not use tools. This suggests that the use of the instrument made the birds more optimistic, as well as the positive relationship between the use of the instrument and expectations.

Ravens are also curious, and young individuals love to play. Researchers talk about the similarities of the intelligence of these amazing birds with ours: in the end, we often use the brain to solve crosswords. Agree, this is not exactly what we need to do to survive. Such mental stress keeps us in good shape and evolution has made this possible. But cognition, like life itself, serves not only needs. Animal intelligence allows all sorts of exciting phenomena to arise. Gorilla that recognizes human language. A crow that solves puzzles. A parrot that tells jokes. Nature has provided recordings, and the brain of animals creates music. Reason, as they say, is the only limitation.