Can we return the dead to life?

Imagine: you wake up to work, have breakfast with your wife, then say goodbye. This is your normal working day. There is in him, however, something unusual: your beloved is dead for many years. You did not have breakfast with your wife, but rather with her simulation. So what? This simulation lives in a virtual environment, access to which can be accessed using a device like Oculus Rift. A digital funeral agency captured and analyzed a bunch of data about your wife or husband to create a digital likeness. His (or her) voice, gait, features and manners, flashes of laughter – everything is exactly, almost perfect, corresponds to the original. Spending time with your digital reborn spouse has become part of your daily routine.

Death is often seen as the end of all senses, the end of life experience. Perhaps this will not always be so. Even if the dead can no longer interact with us, we could interact with their imitation. It is death that prompts scientists to work on similar projects.

Two hundred years ago, people could not even look at the picture of their dear departed friend, and several decades ago the same could be said about videotapes. Nevertheless, very soon modeling will allow creating exact copies of those who have died so that we can continue to interact with them as if they continue to live. As new technologies combine to make the modeling of the dead part of our lives, this opportunity ceases to be a matter of strict science fiction.

With the help of smartphones, progress in computing and massive collections of online data, you can get a fairly accurate picture of human behavior. This kind of data set will be the basis for creating simulations of the deceased. People have a natural tendency to ascribe human features to an object – and in particular a person, so to convince a person of animate the model will be easy. Remember Eliza, a computer program of several lines of code, created in the 1960s, which could convince people that they are talking to a therapist. Since then, the bots have become much more sophisticated and sophisticated.

Immediately it is necessary to stipulate that the simulation will never be as rich in emotion as real. But the chess program will not play in the style of a world champion. Initially, in fact, before Deep Blue from IBM did not set the task to conduct an elegant game to defeat the greatest chess grandmaster – complicated and straightforward algorithms were launched.

If our hypothetical simulation can pass the Turing test, we can “recreate” the dead person. Do not think about attributing intelligence or consciousness to software. If his only goal is to communicate with a living person, the metaphysics of personal identity will not matter. Will the soul have this system? Consciousness? It does not matter and distracts us from trying to create a model. It is not necessary to force the deceased to experience life – it is enough to make it so that you can share your experiences with him.

Modeling can be seen as the next step in the evolution of a severe loss. People write words of praise, build memorials, tombs, or simply put a picture on the nightstand – different cultures have different types of mourning and mourning, which will always be mourning and mourning. In the case of simulation, the living will not be forever cut off from the dead. 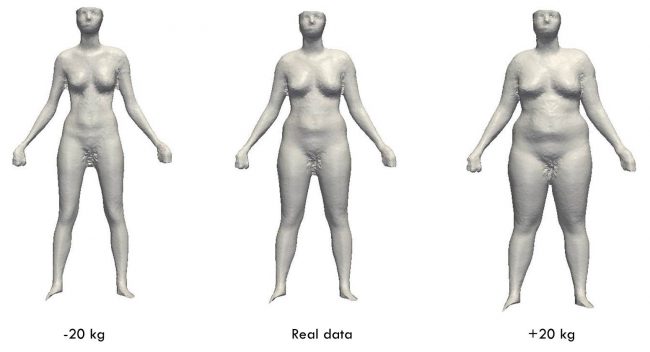 Also such modeling will change our attitude to life. Imagine that you did not have time to say goodbye to everyone forever (that is, they died). The death of a friend will be met with heavy sorrow and deep sadness, but simulation will save a piece of it by the side – or even more. You can at any time be able to laugh with her, remember funny moments from life or tell what you never said to say.

At the same time, a world in which you interact freely with idealized models of other people can be detrimental to real-world relationships. Why interact with your irritable uncle in real life when you can interact with an idealized and much more fun version of him in the digital world? In the end, you can disable the bots, and remove annoying features. Why worry about the living, if the dead provide comfort and individuality, adapted to our whims?

New and unexpected patterns of behavior may appear. Perhaps, simulations will allow people to store grievances even after the death of a person, continue to insult and blame the bot, which is at arm’s length. Alternatively, it would be possible to accelerate the demise of another person so that after his death, create a more enjoyable version for himself. True, in this case it will be no longer a person, but a simulacrum.

If we do not begin discussing the possibility of creating a simulation now, they will be imposed on us when we are not ready for them yet. The road will be teeming with moral dilemmas and questions about the state of man. And soon the line that separates the living and the dead, the camp