Can we trust our memory? 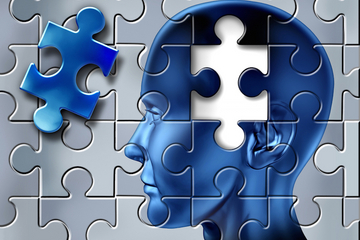 Remember, the heroes of the resistance from the movie “Remember All” loaded into the head of false life stories. No matter how surprising this may sound, today it is not only a field of science fiction. So can we fully trust our memory?

Cases of false memories have long been known in medicine. For them, and a special word came up – confabulation. Sometimes even large groups of people remember not what was. This is called the “Mundell effect”. The legendary ballet with apartheid puzzled many South Africans when quietly died in their bed in 2013. A lot of people believed that he died in prison in the seventies, where he fell for his revolutionary activities. In their picture of the world, there was no place for 96-year-old Mandela, who led the country for 95 years and even got a Nobel Prize for it. Remember the cool old man with a monocle on the logo of the popular game “Monopoly”? Everyone remembers. 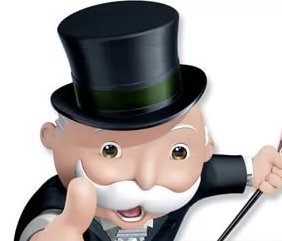 It turns out that the old man was really, but there was no monocle. Or the famous song Queen we are the champions.

Almost everyone is sure that the finale sounds like champions of the world. But there is not really any of the world there. So people sometimes substitute memories for one reason or another. But I wonder if our memory can be corrected by someone else? The fact is that memories of a particular event are not stored in the brain in any particular place. They are broken into many fragments and decomposed into different parts of the cerebral cortex as files in the computer. Above this, a special section of the brain of the hippocampus is working. For example, the smell of your favorite coffee, its taste and appearance hippocampus scattered in different folders. When one folder is opened, all others are opened. Thus, the events are restored to a single whole as a puzzle. In general, everything is quite difficult, so the real possibility to implant memories spoke only in 2011. A group of scientists led by Theodor Berger

From the University of Southern California, it was possible to create a prosthesis of the middle part of the hippocampus. With the help of it, they were able to record memories on a digital medium, and then reload them into the brain. During the experiment, a tiny microchip with leads was implanted into the mouse hippocampus. The animals learned how to extract water by pressing two levers in a certain sequence. Scientists tracked what part of the hippocampus recorded information where there was water, and then recorded the electrical impulses that lowered their brains in the learning process. Later mice were given a drug that disconnected long-term memory. As a result, the mice forgot what they learned. But scientists were able to bring memories back – through a group of electrodes they sent previously recorded impulses to the zone responsible for this particular memory. And the mice remembered how to get to the water. As a result, the device turned out, which can turn off and turn on the memory. Would be useful to such a scientist from the Massachusetts Institute of Technology under the leadership of Nobel laureate Suzumi Tonegawa.

They stepped even farther. In 2013, they managed to inject real false memories into the brain of a living being. This became possible thanks to the new technology of genetics experience. It allows the integration of photosensitive channels into the outer membrane of nerve cells. Through these channels, scientists then act on the neurons with laser pulses. Another mouse had to suffer in the name of science. She was fired into the room, where she received an electric shock. Scientists were able to recognize the neurons responsible for reminiscing about this, labeled them with a light-sensitive protein and recorded their signals. Later, the mouse was placed in another room, where no one beat her by the current, but by affecting the laser-tagged scientists, they activated memories of the troubles they had experienced in the mouse. As a result, scientists documented signs of fear in mouse behavior. Although there was nothing to be afraid of. In the plans of scientists now research on other animals, including the primates. And if they succeed, then soon we will be able to load into our minds a memory of things that until now have not been able or that we have never done. Straight as Neo.

Of course, there is always a risk that someone forcibly wants to implant us with fake memories. And maybe this is happening now? Maybe we really live in computer simulation. There are those who believe that this is so. For example, the world-famous inventor Ilon Mask

in 2016 at the conference he said: “Our reality is hardly the main one. It is much more likely that the world around us and ourselves are virtual entities created by a super-developed civilization level that we will possibly reach 10,000 years later. “