Cancer found even in ancient fish 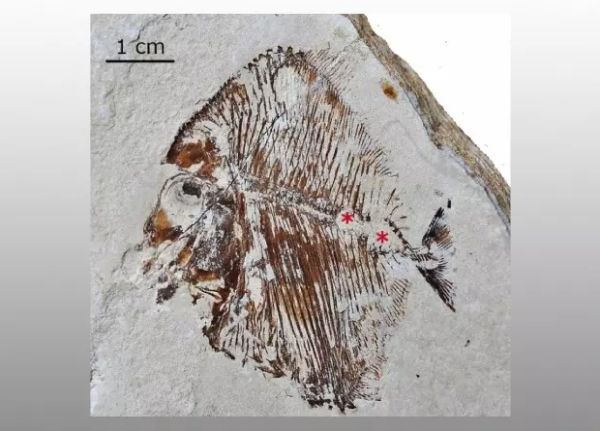 An Italian paleontologist discovered malignant tumors in fish from the Cretaceous period. She lived about 100 million years ago.

It is noted that this is the first known case of a soft tissue tumor in ancient fish. The fish was found in the Cenomanian deposits of the Sannine Formation in Lebanon. It was tentatively assigned to Nursallia cf. goedeli from the extinct order Pycnodontiformes.

The scientist found two swellings in the remains in the tail section of the spine. They were formed during the life of the fish. The researcher suggests that this is the so-called chordoma. This malignant tumor occurs even in humans. With the growth of such a tumor, a typical clinic of cancer intoxication is observed.