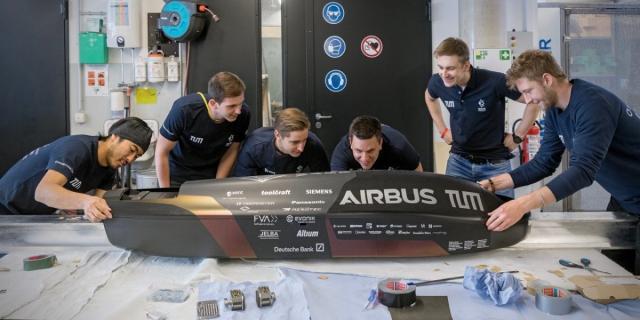 The capsule for the Hyperloop transport system, created by German engineers from the WARR Hyperloop team from the Technical University of Munich, set a new record. During the tests on the 1,25-kilometer test track, it was able to develop a speed of 467 km / h, thus improving by almost 50% the previous achievement of 322 km / h, established in August last year by a capsule made by the same team of specialists.

Engineers installed on each of the eight wheels on the electric motor. The total power of the motors was 240 kW. Previously, one electric motor with a power of 50 kW was used. The shape of the capsule was also improved.

It is assumed that the capsules for Hyperloop will be able to develop a speed of 1,500 km / h. So far, developers are far behind such speeds.

We're excited to announce that our team WARR Hyperloop is the winner of the 2018 SpaceX Hyperloop Pod Competition!!!!!

We'd like to sincerely thank all our sponsors! pic.twitter.com/YpPTURnHp5