Carbon nanotubes were not strong enough to create the space Elevator 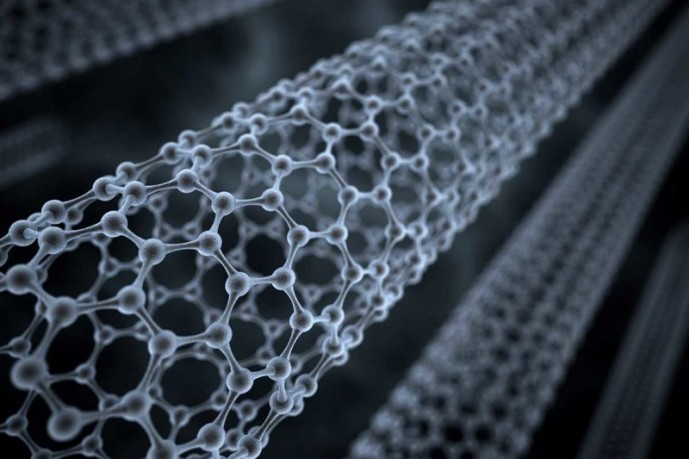 Carbon nanotubes (CNTS) are considered as the amazing material of the future, which will be created heavy-duty but lightweight construction — from racing bikes to computer components.

But it was enough to displace only one atom from his seat to the strength of the material is halved. This means that one of the most unusual projects with the use of CNT — sci-Fi space Elevator — may never be realized.

The strength of the tubes is a consequence of the peculiarities of their atomic structure in which the walls consisting of a single layer of carbon atoms, locked in a hexagonal lattice. Theoretical studies show that one nanotube can reach the limit of tensile strength of 100 GPa, making them one of the most durable materials, but attempts to collapse a nanotube ready for practical use long fiber led to the creation of thread with the strength of only 1 GPa.

To deal with this, researchers of the Hong Kong Polytechnic University have modeled CNT, where a single atom was out of place, turning two of the hexagons into a Pentagon and a heptagon with the appearance of a kink in the tube. They found that this small change was enough to reduce the strength of CNTS up to 40 GPa, and this effect increased with the increase in the number of displaced atoms.

Simulations showed that the breaking point is the weakest point in the tube. When this happens, all ties to neighboring hexagons are also violated, revealing the whole nanotube. The effect of twisting together multiple CNT fibers in the same – when one pipe breaks, the load on the other increases, tearing them in sequence.

The results show that only one atom is displaced, to weaken the strength of the entire fiber of the CNT, and because the process of creating nanotubes is imperfect, it will inevitably lead to the emergence of low-quality fiber tube.

This is bad news for enthusiasts who want to build a space Elevator by means of ropes, which is intended to bind the Earth and orbiting satellites to facilitate access to space.

Calculations show that the rope must have a limit of tensile strength of 50 GPa, therefore, the CNT was considered to be a promising solution, but scientists suggest that it is impossible to provide. “If there is no big breakthrough in the synthesis of carbon nanotubes, using them to create a space Elevator would be extremely challenging,” they say.