Caribbean cannibals from the diaries of Columbus really existed 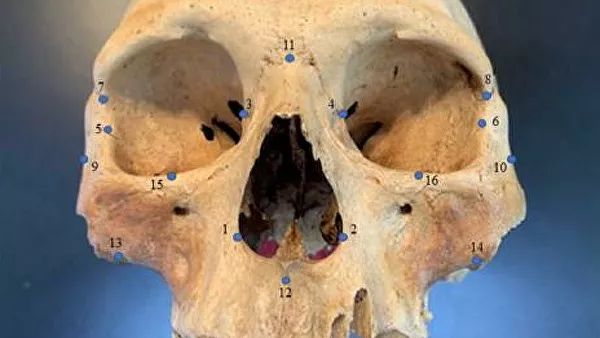 Scientists, having studied the skulls of ancient representatives of the Caribbean islands, found that the Spaniards were not the first to colonize the islands, but the bloodthirsty cannibals-caribbean, described in Columbus’ diaries, most likely really existed. The results of the study are published in the journal Scientific Reports.

The reports of Christopher Columbus on his travels to the islands of the Caribbean contain heartbreaking descriptions of the raids on the native population of cruel Caribbean people who ate people and took women into slavery. Traditionally, these stories were considered myths, but new research shows that Columbus was telling the truth.

Using facial recognition technology, American scientists led by Ann Ross of the University of North Carolina analyzed the skulls of early Caribbean residents, revealing a history of relationships between different populations in the region.

In total, more than 100 skulls dating from 800-1542 years of our era were analyzed. As the “genetic” benchmarks, scientists used about two dozen points by which to judge the size of the eye sockets, the length of the nose and other facial features, indicating how close people were connected to each other. The analysis revealed not only three separate, unrelated groups of Caribbean inhabitants, but also allowed to restore their migration routes.

The most surprising discovery was that the bloodthirsty Caribbean robbers – immigrants from the Caribbean coast of South America – sailed not only to the island of Guadeloupe, as previously thought, but also much to the north. They, long before the Spaniards colonized Jamaica, Hispaniola and the Bahamas. Skulls show that the presence of the Caribbean on these islands was noticeable.

“I spent years trying to prove that Columbus was wrong, but it turned out that he was right: there were Caribbean people in the northern Caribbean when he arrived,” the words of one of the authors of the study are quoted in the press release of the Caribbean Museum of Natural History in Florida William Keegan. “We will have to rethink all our views.”

The results of the study showed that the earliest settlers of the Caribbean moved to Cuba and the Northern Antilles from Yucatan, which confirms the previous hypothesis based on the similarity of stone tools. Then, between 800 and 200 BC, Arawak migrated to Puerto Rico from the coast of present-day Colombia and Venezuela. And in the IX-XI centuries of our era, Jamaica, Hispaniola and the Bahamas were occupied by the Caribbean, who were already firmly rooted here by the time Columbus arrived.

The discovery of American scientists also explains the mystery of the peculiar ceilings “mailakoid” that appeared in Hispaniol in the ninth century, in Jamaica – in the tenth, and in the Bahamas – in the eleventh. It spread throughout the islands along with the Caribbean.

The authors also found examples of the joint offspring of the Caribbean and Arawak, although these tribes lived on neighboring islands and were likely at war with each other. In the end, the Caribbean did a disservice to their neighbors. The Spanish crown, which initially belonged to the natives, was very loyal, based on the facts of cannibalism and the Indians’ refusal to accept Christianity, not understanding tribal relations, decided to completely enslave, and in places, exterminate the local population.