Cat was not stupid dogs 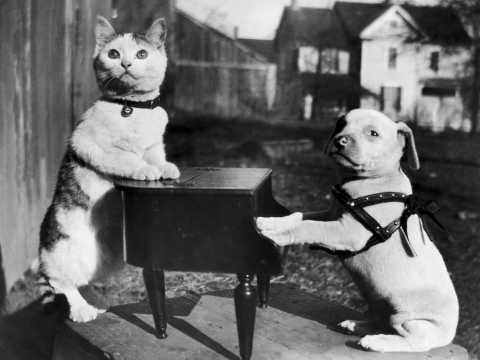 The idea that dogs are smarter than cats, was questioned by researchers from Japan. They found that the cats run tests on the memory is not worse than dogs.

In a study published in the journal Behavioural Processes, scientists talk about the ability of cats to remember what happens to them, and, if necessary, to extract from memory the necessary information.

To establish the presence of episodic memory at the mustached managed by the experiment, which involved 49 domestic cats. Under him the pupils were asked 15 minutes later to recall food from a bowl they have eaten, and what remained full. As it turned out, the cats are really able to turn to episodic memory, to find out what and where.

Scientists suggest that cats can remember certain events over a period much longer than the study, and to invoke pleasant memories in memory. Moreover, they show results not worse than dogs in tests on the reaction to the gestures of man, his expression and emotions.

“Episodic memory is seen as part of semianalytical function of consciousness, and our study may indicate its presence in cats, says psychologist Kyoto University, Sakha Takagi. – It is also interesting to suggest that cats can enjoy the memories as well as the people.”

According to the author of scientific work, this study may have practical application. “The better we will be able to understand cats, the better will the relationship of cats with people,” she said.