Catastrophe on Earth recognized as irreversible 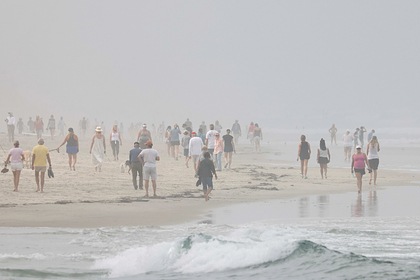 An international team of scientists from South Korea, Japan, Sweden, the United States and China published an article in Science, according to which, over the past two decades, the scale of droughts and heat waves on Earth has reached unprecedented levels. This growth, affecting the climate system of East Asia, cannot be explained by natural variability, and after a certain point, the catastrophic increase will become irreversible, the researchers admit.

Paleoclimatologists have reconstructed the climatic conditions in the interior of East Asia over the past 260 years. To do this, they analyzed the width of the annual rings of local trees, information about which is stored in the International Tree Ring Data Bank. Scientists have also conducted preliminary studies to determine how the temperature and moisture content of the soil affects the growth rings of specific conifer species.

It turned out that the climate has been getting hotter and drier since the 90s of the XX century, which has not been observed in a quarter of a millennium. The inner region of East Asia, including Mongolia, turned out to be a “hot spot”, where the strongest warming was recorded in the second half of the 20th century. The region is already characterized by low annual precipitation (less than 300 millimeters), which makes it particularly vulnerable to higher temperatures. Over the past two decades, heat waves have increased significantly here, which has an even stronger effect on soil moisture. The mutual intensification of droughts and heat has become stable and is gradually becoming irreversible.

According to a 2014 study by Chinese scientists, the number of lakes on the Mongolian Plateau is rapidly declining. A 26 percent decrease in the number of lakes over one square kilometer has been documented, as well as a significant decrease in the average area of ​​the largest lakes in the region. And the disappearance of moisture from the soil will be catastrophic for the ecosystem of the region and can be disastrous for animals such as wild sheep, antelopes and camels.

Scientists warn that climate change over Mongolia is affecting the climate of the entire Northern Hemisphere. In the summer months, the region is characterized by long anticyclones that can cause powerful heat waves outside the region. It is likely that Mongolia is already turning into a barren desert.

Headline: “Catastrophe on Earth recognized as irreversible”Article text:
“…and after a certain point, the catastrophic increase will become irreversible, the researchers admit.”

So it is not irreversible at this time.