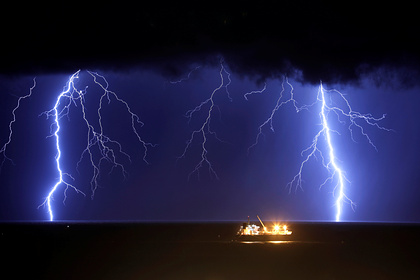 Scientists from the University of Newcastle (UK) and the Met Office have predicted that climate change will lead to a significant increase in the number of intense, slow-moving storms. Such storms caused catastrophic floods in Germany and Belgium. This was announced in a press release on Phys.org.

They used high-resolution climate models to simulate the climate over Europe. The mesh spacing of the model is approximately two kilometers, which gives high detail of storm systems. They showed that by the end of the century, slow moving storms can occur on land 14 times more often. It is the slow speed of the storm that is causing the extreme increase in precipitation, which increases the risk of flash floods across Europe beyond what was expected based on previous studies.

The researchers concluded that slowly spreading intense showers will become more frequent by the end of the century under the RCP8.5 scenario (there is an increase in carbon dioxide emissions throughout the century). Serious consequences can be expected across Europe if humanity does not limit greenhouse gas emissions. According to experts, governments around the world are cutting greenhouse gas emissions too slowly, and global warming continues at a rapid pace.