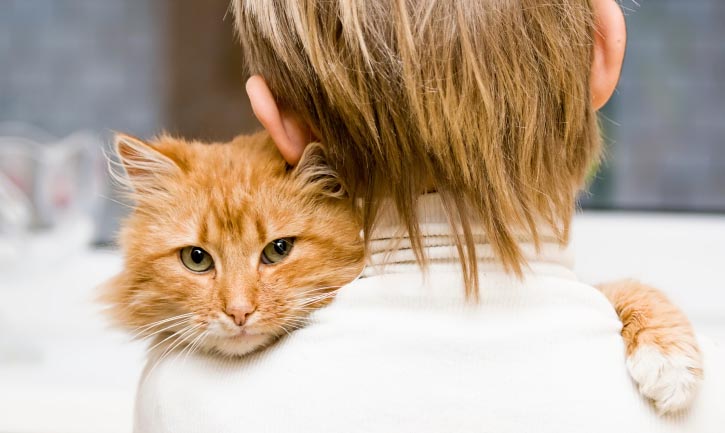 With the help of a scientific experiment healing ability of cats are now able to prove American scientists. They together with their colleagues from Germany conducted an experiment, which was attended by about ten thousand volunteers who have lived in the house four-legged friend. Measurements of the state of physical health and psychological tests have shown that stroking cats always brought its owner the mood.

In addition, the researchers found that the fluffy Pets have beneficial effects cardiovascular system, reduce the risk of osteoporosis. Plus, the tailed beasts can even increase the life expectancy of their owners. And the most beneficial effect had cats with long hair.

Another interesting observation: people who have cats live an average of five to ten years longer than those who have not got a pet. Like, contemplating the cat, scientists believe, the person becomes more calm and peaceful.

By the way: want headache – put it near the nape of the cat. The quiet purring of a pet has a beneficial effect on the nervous system and reduces the intensity of pain.