Cave paintings in Spain turned out to be older than thought 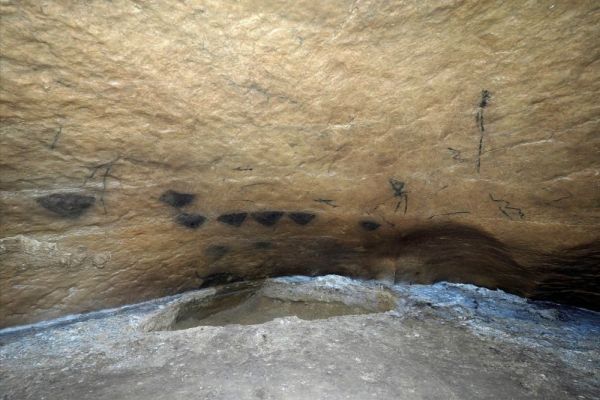 In Spain, a team of scientists led by Ana Isabel Ortega Martinez, an archaeologist at the National Center for Human Research (CENIEH), has been able to accurately date rock carvings in the Ojo Guareña karst complex. They turned out to be older than previously thought.

The study is published in the journal Archeological and Anthropological Sciences and is briefly covered by Phys.org. We are talking about rock art in the Sala de las Pinturas caves in Ojo Guareña, Burgos (Spain). This karst complex is one of the largest in the world. Its length is about 110 km.

The new study only confirmed the hypothesis that these caves attracted people thousands and thousands of years ago. Earlier, many black rock paintings were found here. They were dated only approximately, to a greater extent in the style of performance. It was believed that the most ancient of them were created about 12 thousand years ago.

In this case, the scientists applied the method of accelerated mass spectrometry. He helped clarify the dating of the images. It has been established that the drawings were created a millennium earlier than previously thought. That is, their authors are the last groups of hunter-gatherers in Europe who visited these caves about 13 thousand years ago.

The authors of the work write that dating was carried out by analyzing small fragments of charcoal, with which ancient painters created their time-tested masterpieces. They used coal as a “pencil”. With his help, they depicted people and animals, as well as various geometric patterns.

In addition, the researchers found that the walls of the caves were reused by the artists. In different periods of time, ancient painters applied their works on top of the works of their predecessors. This discovery also added new knowledge to the field of the study of Paleolithic art.