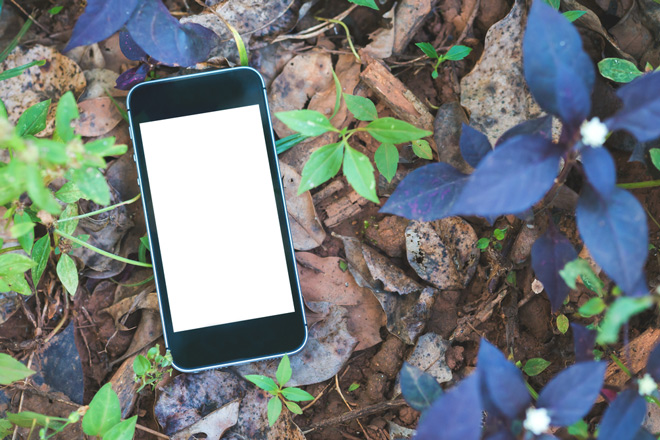 A researcher from the National Geographic team and founder of the non-profit organization Rainforest Connection Tofer White spends a lot of time in the forests, thinking about how fast we are losing them. He recently came up with a simple but original way to protect tropical forests from illegal logging using mobile phones.

Forests disappear all over the world and with great speed. Over the past four decades, the Amazon has lost nearly one-fifth of its tropical forest cover. The loss of forests causes damage to animals, including many endemic species, and also contributes significantly to greenhouse gas emissions, accounting for 17% of their global annual volume.

According to White, from 50 to 90% of logging, which is conducted in the rainforests, are illegal. But to hear the noise of the chainsaw and other sounds associated with this activity is often difficult, since the air is already filled with the cacophony of nature.

The scientist came up with the following: he puts the mobile phone on charge from the solar cell, connects an additional microphone and listens. His invention makes it possible to detect the sound of a chainsaw within a radius of one and a half kilometers.

Believe it or not, the cell phone catches pretty well in the rainforest. When you are under a canopy, you can catch a far enough signal, says White.

Since a person can not listen constantly, he added a data analysis function so that cell phone programs can distinguish the sound of a chainsaw from other forest sounds. Thus, its device can automatically detect the activity of loggers and send a text warning to the authorities.

On the second day of testing the invention on the island of Sumatra, forest rangers recorded the sounds of a chainsaw. They went to the place and caught woodcutters for their illegal activities.

According to White, the use of its monitoring devices has expanded over the past two years. They are used in Cameroon, Ecuador, Peru, Brazil and will soon appear in Bolivia. It’s not just about listening to loggers. The same technology that recognizes the noise of a chainsaw can isolate the sounds of specific birds and serve science.