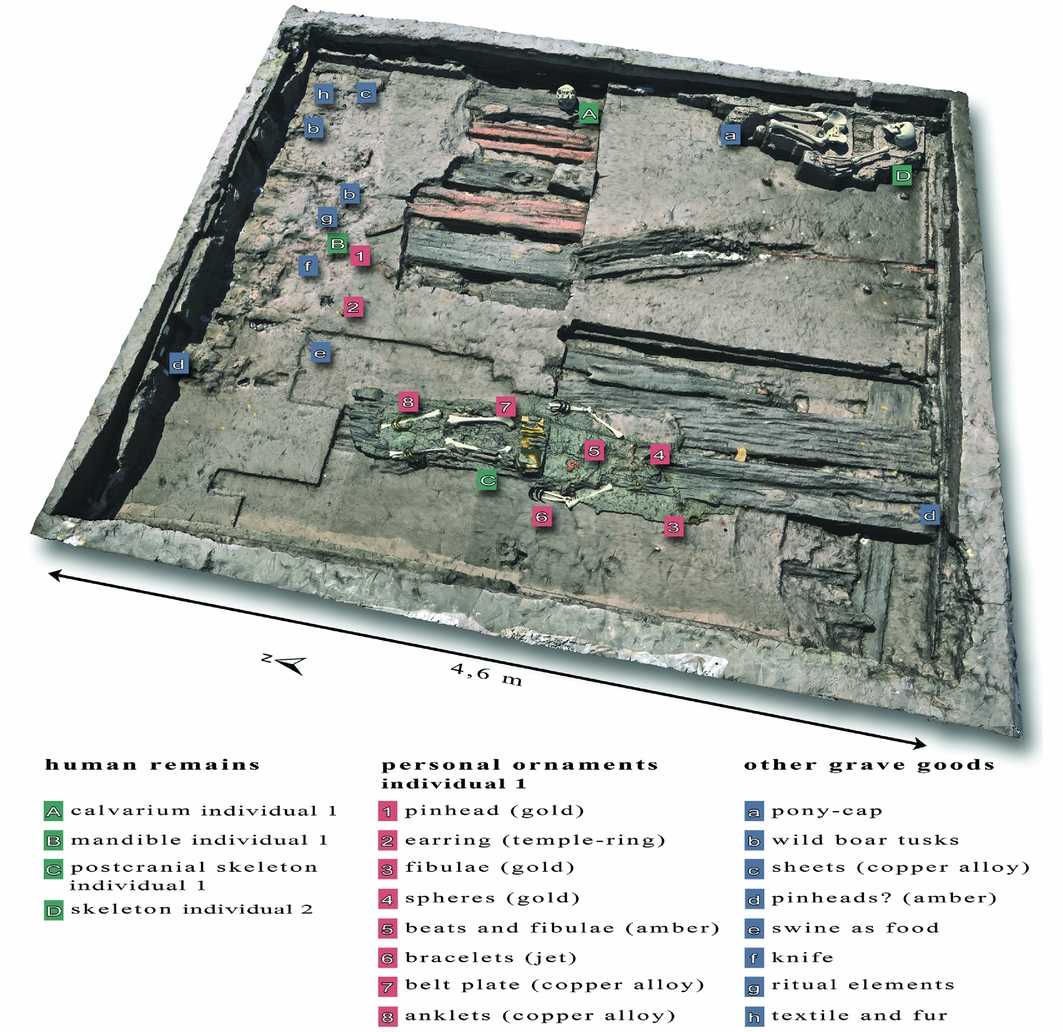 German scientists have completed a study of “Celtic plate” — the burial of a noble woman in the Heuneburg.

Heuneburg is a Celtic settlement, which is studied from mid-XX century. The settlement relates to the Hallstatt culture (circa 900-400 years BC), known trade relations with Europe and funerary complexes. So, earlier this district was discovered technology and artifacts from the Etruscans and the Greeks, and objects from the North-East of the continent.

In 2005, during excavations to the South of the Heuneburg, in Battelle, the scientists found rich children, and in 2010 — adult burial. The last managed to withdraw from the earth along with the soil, causing the project was named Keltenblock (from it. “Celtic bloc”). The plate size was 6 by 7 by 1 meter, there was a noble woman at the age of 30-40 years. 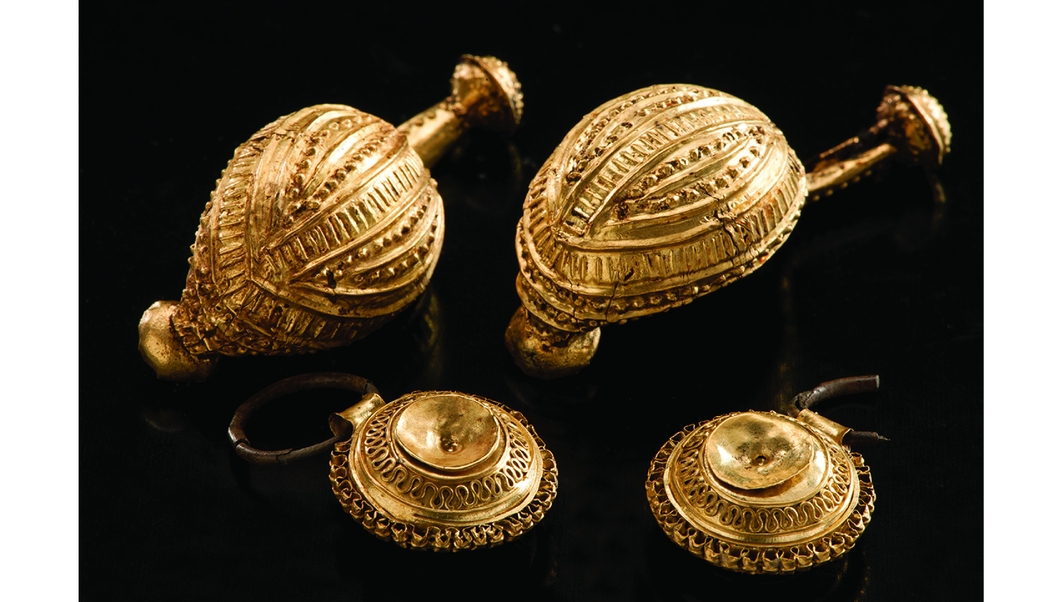 Gold brooch (above) and pendants (below) from the children’s burial

The burial chamber was built of white fir and oak. The result of the evaluation materials for dendrochronological scale showed that the unit performed in the year 583 BC. Together with the remains of the plate contained a rich inventory: bronze and gold ornaments, items made of bone, amber and jet. It is noteworthy that the brooch from the child’s burial, copied brooch from an adult.

According to scientists, the excavations helped clarify the development of the late Hallstatt culture and La Tene. One of the characteristics of both cultures is the prevalence of rich female and children’s graves: they are observed on the territory of the necropolis of Stena in Slovenia to VIX in France. “Celtic plate” — the earliest example of such a camera.