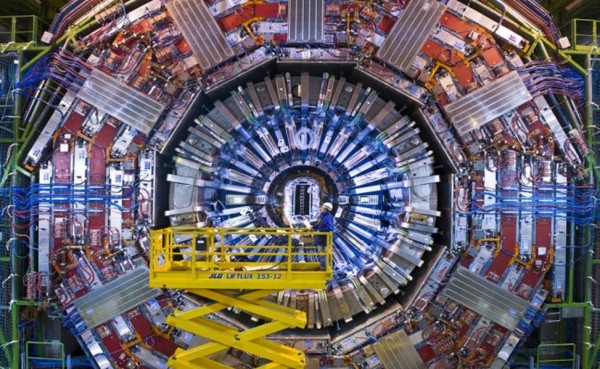 Collaborations CMS and ATLAS have told about the anomalies in a number of scenarios of the decay of the Higgs boson, which contradict the Standard model of physics and indicate the existence of physics outside it. This was reported in the Western scientific journals.

After the opening in 2012 of the Higgs boson, scientists, workers at CERN working with the Large hadron Collider (LHC), the last four years watched the scenarios of the collapse of the so-called “God particle” and was trying to find in them signs of violation of the Standard model of physics.

Recently the CMS and ATLAS collaborations showed monitoring results for such decays, carried out in 2011 and 2012 at the LHC, when he was pushing protons with a total energy of 7 teraelectronvolt (in 2015, the capacity was doubled to 14 TeV). Physicists have analyzed the study data and found that the process of decay of the “God particle” in General, do not contradict the Standard model, but scientists were able to find signs of a number of anomalies and deviations in several versions of the disintegration of the boson or the scripts of his birth.

So, scientists have found that the ratio of the Higgs bosons generated by the occurrence of pairs of top quarks and particles “God”, formed by the fusion of gluons, roughly three times the performance predicted by the Standard model. A similar situation occurred with the Higgs bosons that appeared in the process of collision of protons, and the rate of decay of the boson into pairs of bottom quarks and recorded the creation was the opposite, about five times lower than scientists expected, based on the Standard model. According to Czech physicist Lubos of Motle, the above non-standard phenomena, scientists set, may indicate that in fact, Higgs bosons there are at least two, and destroyed by different processes. In any case, all the data obtained by researchers are subject to thorough investigation with addition of new results from experiments at the LHC, so by far now science says nothing about experiments.