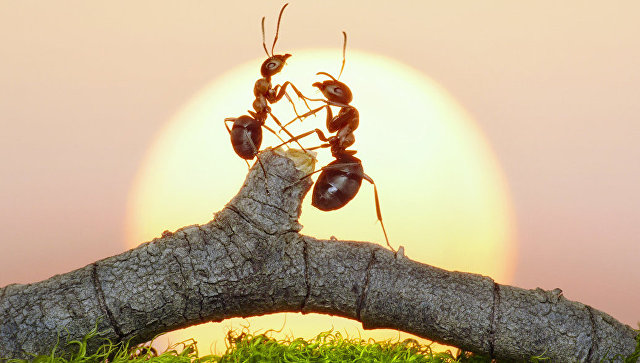 Animals warn each other about danger, call for help, look for partners for mating with chemical signals. Plants, insects and even mammals produce thousands of different volatile compounds, most of which scientists still have to decipher.

When the caterpillar of an Asian cotton scoop (Spodoptera litura) closes jaws on a sheet of tobacco, it triggers the synthesis of phytohormones of jasmonates – jasmonic acid and its esters. Hormones activate protective genes that stimulate the production of toxic substances. As a result, leaves become unpleasant and even dangerous for herbivorous insects.

If a dodder lives on tobacco (a parasitic plant that feeds on the master’s juices), then all the nearest plants that are joined by a dodder into a single network will receive a jasmonate signal of danger. Preparing for a meeting with caterpillars, they will also intensify the synthesis of toxins. 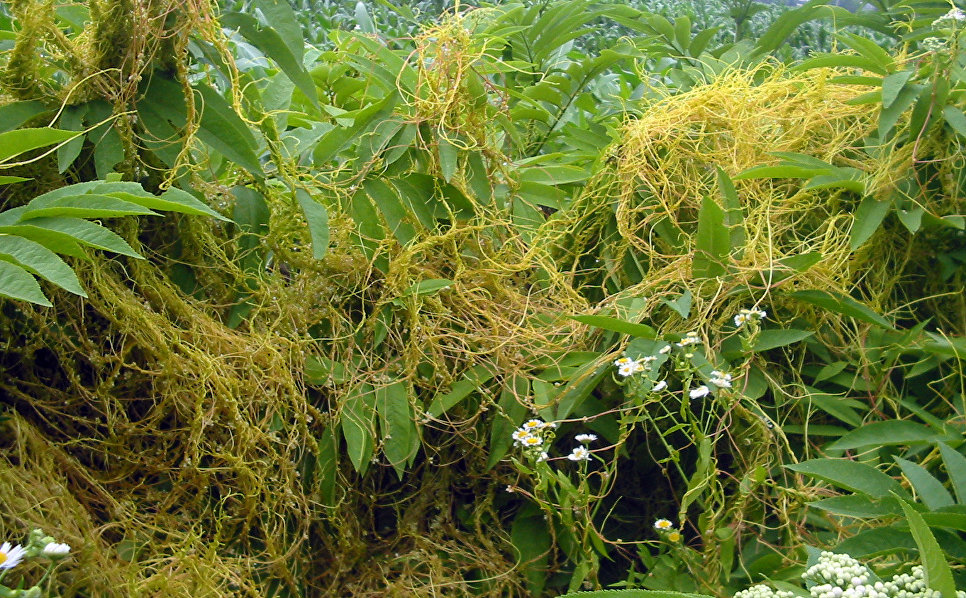 The plant-parasite dodder has no leaves and roots. With the help of special outgrowths (haustoria) it is introduced into the host plant and sucks nutrients out of it

Alarming chemical signals are transmitted without the participation of parasites. For example, wormwood tridentate (Artemisia tridentata) warns of the invasion of herbivorous insects with special volatile substances (phytoncides). But only the next of kin, including plant-clones from shoots cut from a parent. All others (even wormwood of a different kind) ignore.

When enemies attack the anthill, the soldiers’ ants very quickly come together and repulse the attack. Such coordination is provided by special chemical substances – pheromones produced by exocrine glands of insects.

In case of danger, soldiers spread pheromones within a radius of several centimeters, and other ants recognize them with sensilla – small sensitive tendrils on the antennae.

If it is not possible to win, the ants change tactics: they try to confuse the enemies with the so-called “propagation pheromone”, which forces the invaders to fight with each other. This is one of the few universal signals recognized by all kinds of ants. 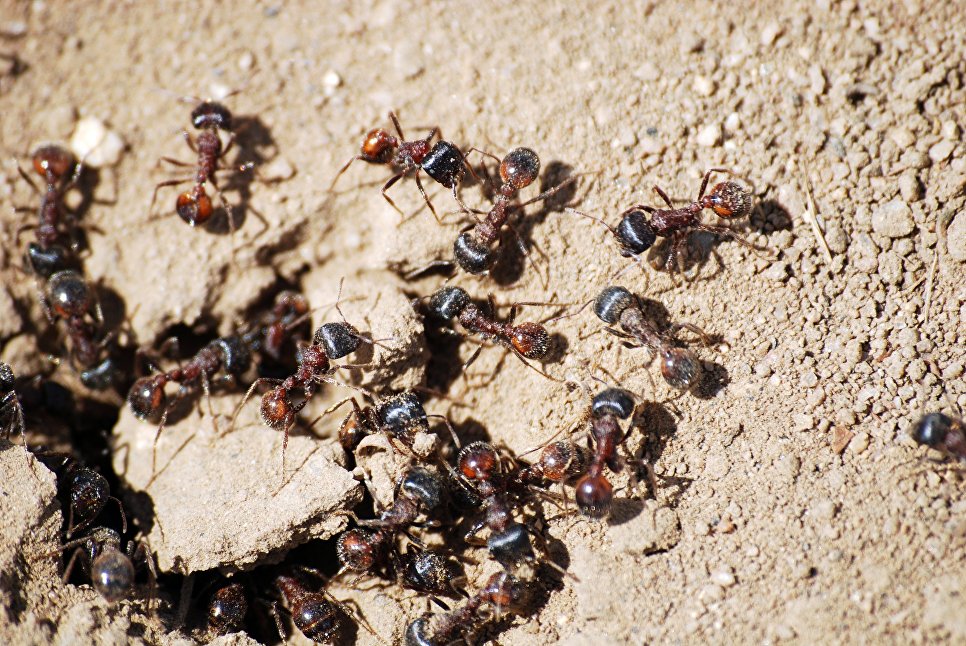 After all, each ant family “speaks” in its own language of chemical signals, incomprehensible to other insects. There are thousands of compounds that encourage the ants to perform this or that action – feed the offspring or clean up the nest, route routes and bury the dead.

Little is known about the chemical composition of these substances. Scientists managed to decompose into elements only 36 species of ant pheromones. But even their identification, say the researchers, will help advance understanding of the mechanisms of speciation of insects.

When the molecule of the “pheromone of love”, thrown out by the female peacock-eyed pear-tree (Saturnia pyri), falls on the antennae of the male, the nerve, which sends a signal to the brain, irritates, and it detects a volatile chemical compound. And the male, even if he is ten kilometers from a beautiful lady, literally starts to go crazy and flies on her scent.

Pheromones of butterflies are the most stable chemical signals in the world of insects, and antennas of peacock eye males for three quarters consist of hairs sensitive only to the smell of a female. 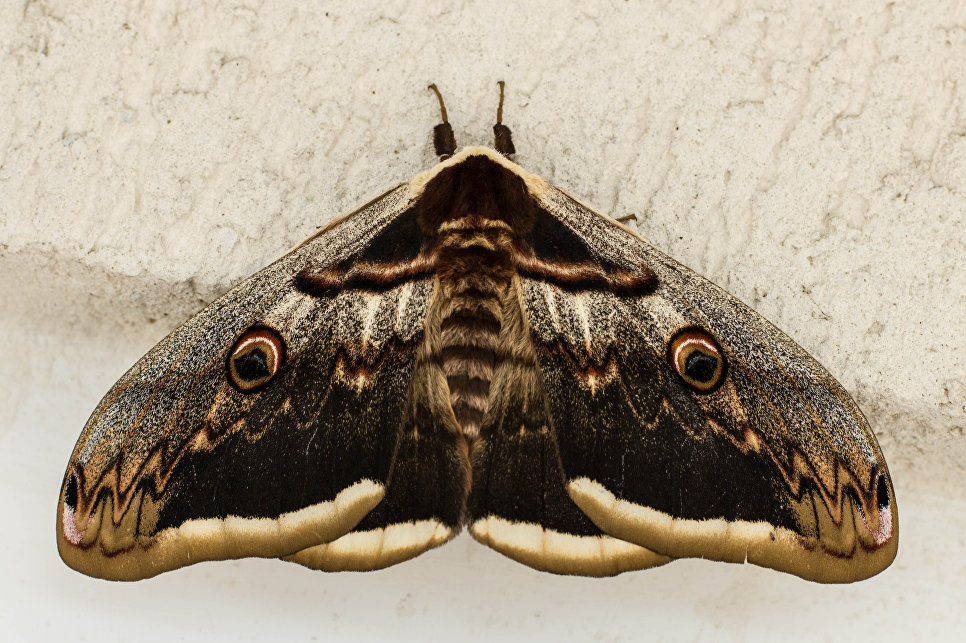 However, males can also stimulate females to mate. For example, male individuals of the species Blabers (Blaberus) – cockroaches living in the humid tropical forests of South and Central America – with courtship raise their wings perpendicular to the abdomen, and then sharply lower them. This maneuver allows spraying the pheromones they allocate to a large area and attract a lot of females.

Pheromones, especially hamophyons – volatile chemical compounds associated with puberty and behavior, there are some mammals. These substances cause a whole heap of behavioral and physiological reactions. Thus, volatile pheromones contained in the urine of a male are able to accelerate the sexual maturation of females, attract them, block pregnancy from another male and suppress the normal development of spermatogenesis in young males.
As studies have shown, perceptions of pheromones in mice are responsible for a small dense accumulation of round cells on the tip of the nose – the so-called Gruenberg ganglia. Mice, devoid of this important organ, do not react to the chemical signals of their brethren, but they feel the food is not worse than them – the absence of ganglion Gruenberg does not affect the usual sense of smell.

Similar reactions to the so-called sex pheromones are recorded in lower primates, for example lemurs. Some scientists are making attempts to find similar ones in higher primates and humans, but so far unsuccessfully.