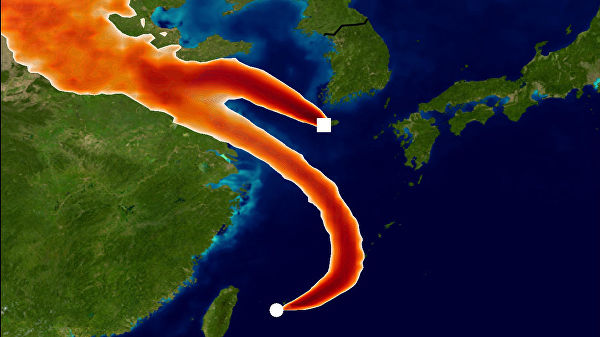 Many Chinese industrial enterprises do not comply with the Montreal Protocol and emit large quantities of freon-11, the most dangerous gas of this type. This can lead to re-growth of the ozone hole, scientists write in the journal Nature.

“It is extremely important to find those industries that have generated these emissions. It is possible that these emissions signal only a small part of the actually produced freon-11. The remaining reserves of this gas are hiding inside materials or refrigeration units and will be released into the atmosphere in the coming decades,” Matthew Rigby of the University of Bristol (UK).

In 1985, Susan Solomon, a US chemist, and her colleagues discovered that freons and other halogen compounds destroy the ozone layer. In some regions of the Antarctic, this has already led to the appearance of “ozone holes” – zones through which the ultraviolet radiation of the sun easily reaches the surface of the Earth.

In subsequent years, large-scale international negotiations began, the outcome of which was the signing of the Vienna Convention in 1985 and the Montreal Protocol to it in 1987. Within their framework, most states in the world agreed to stop the production of substances that deplete the ozone layer.

Pictures from climatic probes showed that the size of the ozone hole above the south pole of the Earth began to decline in September last year, decreasing by 4 million square kilometers compared with 2000.

The rapid adoption and implementation of such plans, as scientists found out two years ago, stopped the growth of the ozone hole, keeping it within Antarctica and the Arctic, but has not yet led to its reduction. The first “visible” results of the ban on the production of freon, scientists expected to see in the second half of 2020, but this process, according to some estimates, has already begun in recent years.

All the advantages of the ban on freons, as environmentalists discovered two years ago, may disappear in the coming decades as a result of the accumulation of another type of ozone layer molecules, the solvent dichloromethane (CH2Cl2), in the atmosphere of the Antarctic.

Initially, scientists did not know where this substance comes from, but they suspected that it could come from China or other countries in East or Southeast Asia. In addition, later environmentalists recorded the appearance of another similar substance, classic Freon-11, or trichlorofluoromethane. It seems to be produced by the very same emerging economies of Asia.

Rigby and his colleagues confirmed that the main and so far the only “Asian” source of these emissions was China, analyzing the data collected by weather stations in Japan, South Korea and other East Asian countries over the past two decades.

“In recent decades, the concentration of these gases in the atmosphere gradually decreased due to the adoption of the Montreal Protocol. Therefore, we were extremely surprised that since about 2013 the level of emissions of the most dangerous freon suddenly began to increase,” Rigby said.

Investigating suspicions about the “Chinese” trail of these leaks, scientists analyzed data from tracking stations on the Japanese island of Hateruma and in the southern regions of Korea, adjacent to China’s largest industrial centers in Hebei and Shandong provinces, as well as similar installations in Europe, Hawaii and Australia

These data scientists have imposed on the climatic model of the Earth, taking into account how the winds carry freons and other gases after they enter the atmosphere. In parallel, chemists have calculated how much freon-11 could leak into the air “legally”, given the already available reserves of this gas on Earth, produced before the total ban on the production of trichlorofluoromethane in 2010.

The results of these calculations turned out to be quite unambiguous – the northeastern regions of China really began to emit the “new” freon-11 into the atmosphere at the beginning of this decade. At the same time, the volume of leaks grew every year, reaching seven thousand tons last year. This means that the PRC accounts for at least 60% of the global emissions of trichlorofluoromethane.

As scientists assume, their source is various illegal industrial enterprises built in the north of China, bypassing all the norms and laws of the people’s republic in recent years. Some of them have already been discovered and closed by the authorities of the PRC. Chemists hope that their measurements and simulation results will help eliminate other sources of freon and stop its accumulation in the atmosphere.