Chernobyl want to turn into a park of solar energy 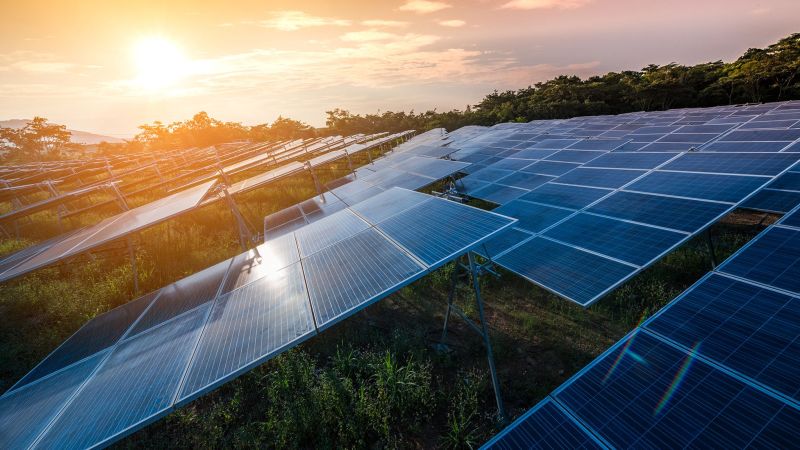 The station, which costs one million euros and has a power of one megawatt, is located just a hundred meters from the giant metal dome, under which the remains of a nuclear power plant that survived the catastrophe in 1986 were mothballed.

“Today we connect the station to the power supply system of Ukraine,” said Evgen Varyagin, head of Solar Chernobyl, the Ukrainian-German company that developed the project, at the opening ceremony.

The station, which occupied 1.6 hectares, can provide energy to a medium-sized village, in which approximately two thousand houses. As a result, they plan to produce 100 megawatts at the site, which is unsuitable for agricultural use due to radioactive contamination.

Ukrainian authorities have offered investors almost 2.5 thousand hectares for the installation of solar panels. In addition to low prices, this area is attractive because it has access to the electrical network.

According to experts, foreign investors are also attracted by the price at which Ukraine will buy solar energy, which is 50 percent more than Europe’s average. Having stopped buying natural gas from Russia, Kiev is trying to diversify the methods of generating electricity.

The fourth reactor of the Chernobyl nuclear power plant exploded on April 26, 1986. Radioactive fallout has infected almost three quarters of Europe, according to some calculations, in particular, affecting Russia, Ukraine and Belarus. After the disaster, the Soviet authorities evacuated hundreds of thousands of people, and a large part of the territory – an area of ​​more than two thousand square kilometers – remained abandoned.

Other reactors are gradually shut down. The latter was closed in 2000, completing industrial activity in the region. According to the statements of Kiev, people will not be able to return to the exclusion zone in the next 24 thousand years.