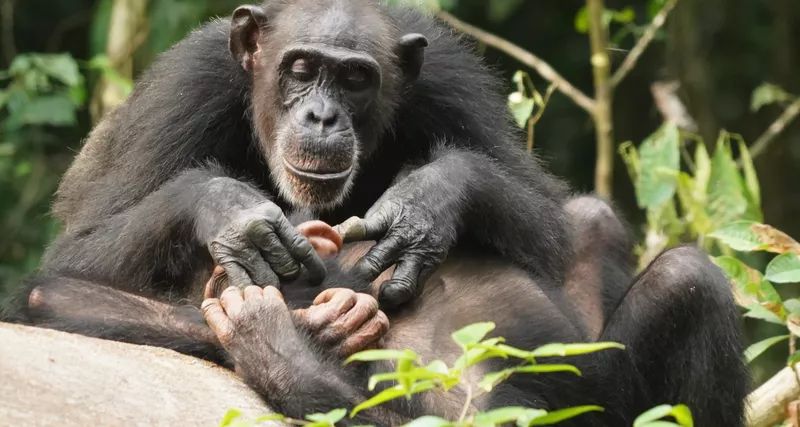 This is the conclusion reached by German scientists from the Institute for Evolutionary Anthropology of the Max Planck Society.

According to the main theories of human evolution, long-term parental care and provision of food until adulthood is associated with large brain size. The brain consumes a lot of energy and grows slowly, which is the reason for the long period of childhood. In addition, over this long period, children learn important skills from their parents, which then help them to survive.

Among animals, such long periods of childhood are found only in apes, and in chimpanzees in particular. According to the authors of the study, studying our closest living relatives helps to understand what factors made us in the course of evolution who we are now. And scientists suggest that long-term maternal care, which has a key impact on the child, was inherent in the common ancestor of chimpanzees and humans, and later had a key influence on the development of both species.

Despite the similar length of childhood, chimpanzee babies between the ages of four and five, when weaned, begin to forage for themselves. Adults help them with this only in very rare cases. But, as it turned out, the loss of a mother at this and later age leads to the fact that growing up, these orphaned chimpanzees show lower competitiveness compared to their relatives and, as a rule, have fewer offspring.

The authors of the study believe that the reason for these problems is that chimpanzee mothers not only provide their young with food, but also train them after they have stopped feeding them. “Mothers know where to find the best food and how to use tools to harvest hard-to-find insects, food or nuts that are particularly nutritious,” explains lead author Katherine Crockford. “Baby and teenage chimpanzees only learn these skills gradually. And the reason chimpanzees spend time with their mother every day until adolescence may be because by observing the mother in daily life, they learn. Learning the skills that provide access to the most nutritious food may be why great apes have larger brains than other primates.

In addition, the authors of the study suggest that mothers also pass on social skills to their young. Like humans, chimpanzees live in a very complex society, where competition and alliance coexist, and the ability to navigate well in such a social environment can be just as important as the ability to get their own food.