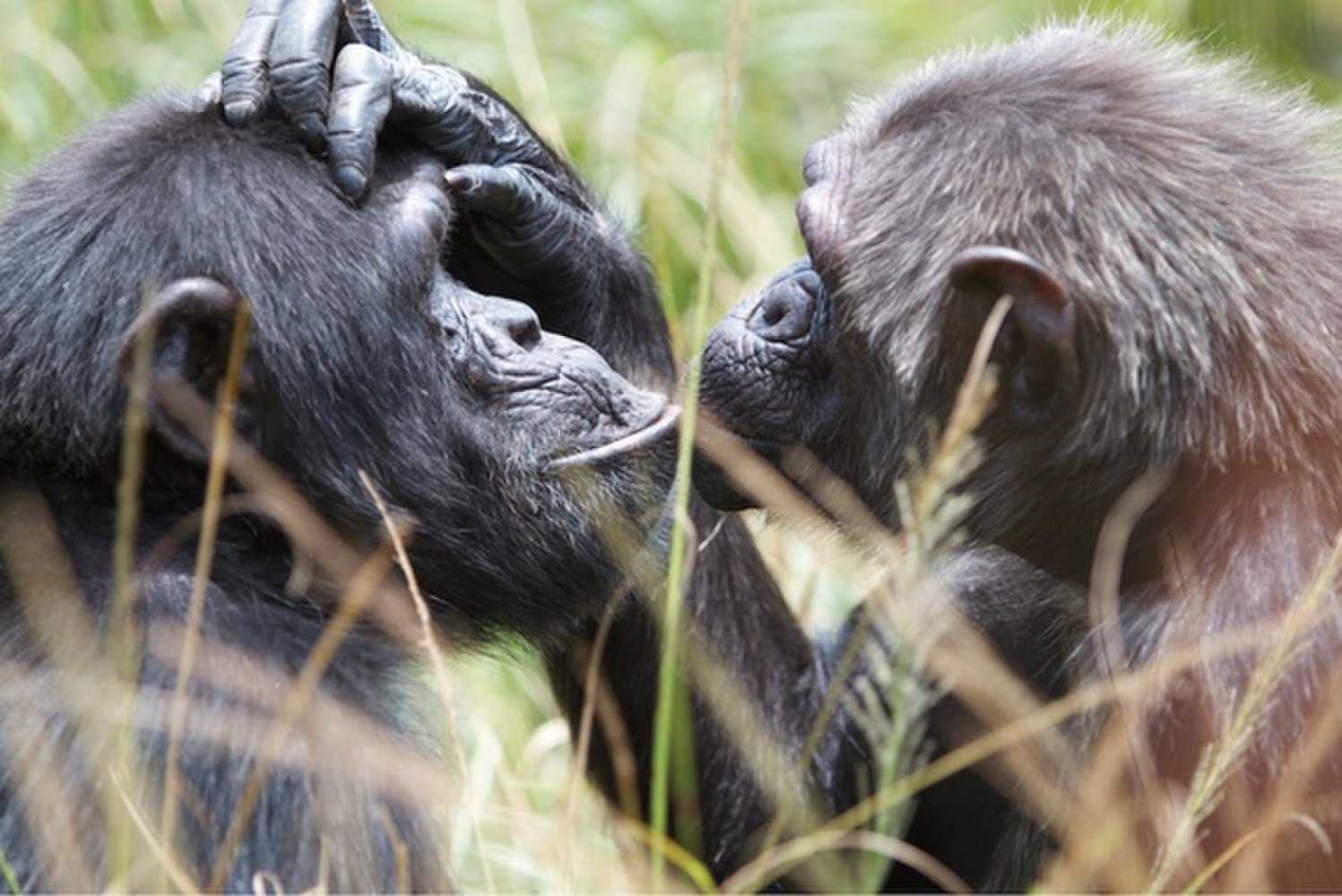 The achievements of science, art, technology, and simply personal experience of people are based on the achievements and experience of the past. Culture is cumulative in nature, transmitted from generation to generation. This allows the descendants not to seek anew solutions to the same problems as the ancestors, but to address the new ones.

Until now it has been shown that only baboons and pigeons are capable of such a cultural accumulation. However, Andrew Whiten of the Scottish St. Andrews University and colleagues showed in the experiment that a cumulative culture is possible in chimpanzees. The article of scientists is published by the journal Evolution and Human Behavior.

To do this, immediately behind the enclosure of the enclosure, where the animals were kept, containers with a delicious juice were installed. Monkeys could reach it with a long straw to drink. In addition to the straws, they were given tubes of different lengths and diameters – they could also reach the juice, although not so easily. Gradually, the most easy-to-use tools were removed, and the monkeys had to learn more and more complex ways of eating juice.

For example, the most complex tool needed to pre-unroll, remove from it fasteners and expand in length. Chimpanzees, first encountered with such a device, were unable to cope with it. However, in one of the experimental groups of animals, scientists themselves taught one of the monkeys to use a complex folding tool. Other members of the group, imitating her actions, also learned to cope with an uncomfortable tubule.

But there was no progress in the other groups either. Scientists have noticed that chimpanzees have found a solution to a complex problem, using partial solutions found before them. One animal in the group found a way to unroll the tube, the second – to remove its fasteners, the third – to decompose: the achievements accumulated, leading to new achievements.

The authors emphasize that such cumulative progress developed only when animals encountered “ecological changes”, which in this case were created by artificial experimental conditions.