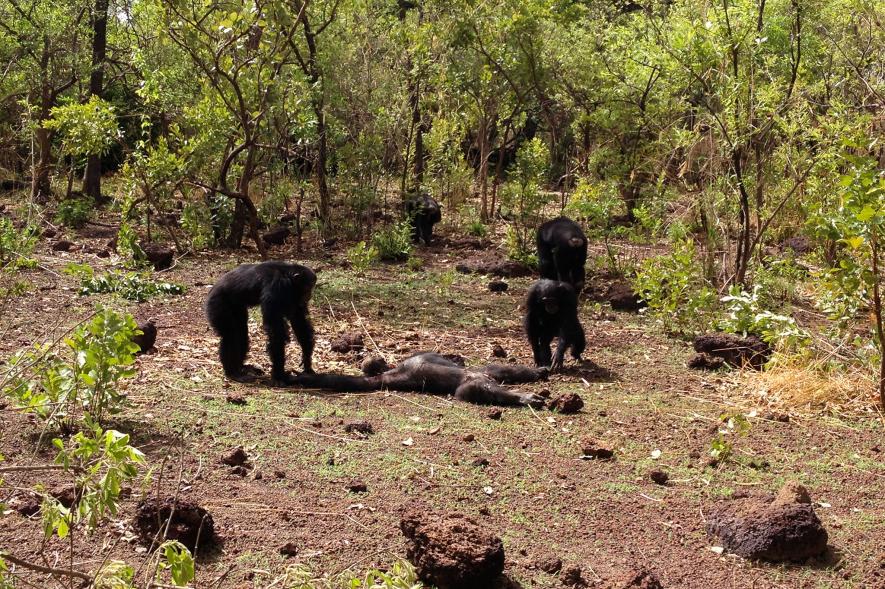 A group of American and German zoologists has published the results of observations of the extremely unusual behavior of chimpanzees: the animals killed and devoured the body of a member of their group.

Killing members of one’s own group is not typical for any Primate except humans. The death of a male nicknamed Fugaku — tenth only scientifically documented case of such behavior in the entire history of observations.

Fugaku became the alpha male in 2005 and stayed in this status for about two years. Then another male, Mamadou, with whom Fuduka most often communicated, was seriously injured and for a time was too weak to defend my position of beta. Fugaku, however, did not stop to chat with Mamadou, and he was betrayed ostracized.

A few years Fugaku spent, then moving away from the community, the closer to him, and with varying degrees of success establishing social connections. In Senegal, the populations of chimpanzees live very far from one another, so the only chance Fugaku to procreate was the return to his. After ascending Mamadou he seems closer to this goal, but the other males still treated him with hostility. This continued until, until one night a group of males shouting drove Fugaku far into the woods and killed.

The next morning the zoologists found the mutilated body of the former leader. Later, scientists watched as relatives were thrown at the dead body with sticks and stones, scratching and biting him. Only Mamadou did not take part in it and even tried to Wake Fugaku.

As a rule, in groups of chimpanzees can have more females than males, but in group Fuduka it was the opposite. One female had two males, that is, in the opinion of zoologists, created the tension that led to the murder. And atypical ratio of males and females could lead to human activity, says Jill Pruetz (Jill Pruetz). In Senegal, a female chimpanzee caught for captive breeding, because the manual young chimpanzees in demand.

“You know chimpanzees, what is death? Convincing evidence not. They do not know how to check your pulse or listening to the breath, so the posthumous abuse can be explained by the lack of understanding of what the victim is already dead. But the cannibalism — that’s unusual”, says one of the study’s authors.