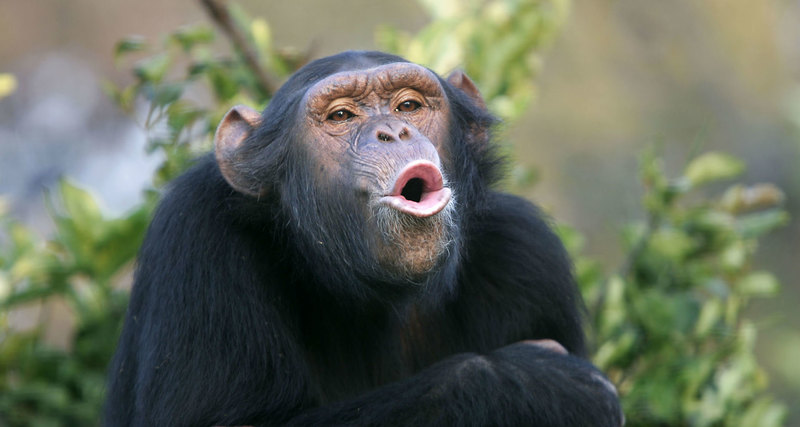 This simple, by our standards, skill group of primates living in Gabon, has been enriched, apparently, recently, because primatologists, observing them not the first year, have not noticed this before. This, obviously, means that the culture of our close relatives does not stand still, but is slowly developing.

The chimpanzees living in the Gabon National Park of Loango made a technological breakthrough — they learned how to split the shells of the local jagged cynixes (Kinixys erosa) by striking the tortoise with a tree trunk. After this, the reptile, of course, dies, and the chimpanzee eats. Previously, biologists have not noticed such a habit for monkeys. It was known that many primates (mandrills, etc.) feed on young turtles, but, as a rule, they cannot reveal the shell of an adult.

Biologists also noted the tendency of chimpanzees to cooperate, in which physically weak chimpanzees gave found turtles to stronger relatives, who were able to strike a tree with a turtle more effectively. The latter then shared their food with the getters. 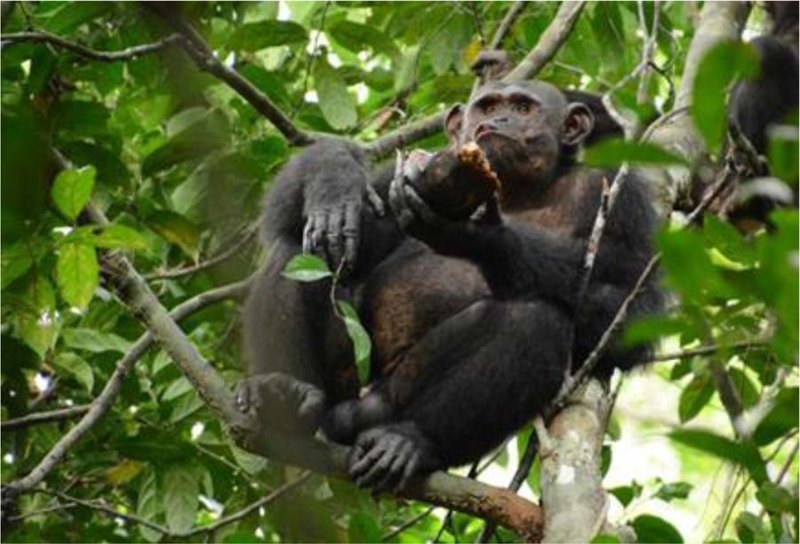 Another surprise was the ability of some individuals to plan the future use of the “delicacy”. So, one of the chimpanzees, having eaten a turtle in half, hid the rest, wedged it in a fork in the tree, and came back for it the next day.

Perhaps this technological leap is explained by the experience of monkeys in dealing with local nuts, which also have to be split to get to the edible part. Why not do the same with the turtle?

Serving as unwitting food of progress is cynical cynix, it is also Schweigger’s tortoise living in the tropical zone of Africa. In adults, the length of the shell is usually 32–35 cm. It feeds mainly on vegetation, but does not hesitate to insects, centipedes and tadpoles from drying puddles. Listed in the International Red Book.